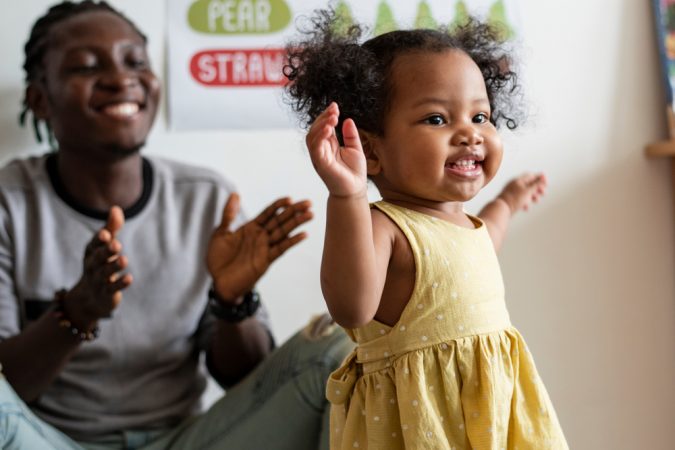 Suskind gave a talk in Pensacola five years ago that held launch the Studer Community Institute‘s  Early Learning City program. SCI’s Brain Bags were based on her research.

In April 2016, I interviewed Quint Studer for “Pensacola Speaks” about Suskind’s work and why he and Rishy wanted to focus on early childhood learning.

The Studer Community Institute’s research had found that one-third of Escambia County children are not ready when they enter kindergarten, or about a thousand students per year.

“Then 22 percent of the kids that enter kindergarten are so far behind, they’ll never catch up, which leads to a lower graduation rate, which leads to lower wages, lower job talent, higher crime, and less home value,” said Studer.

He believed that the healthcare providers can start the process when they meet with the mothers and their babies.

“We have to get the brain development going from the beginning,” he said. “The beauty about it is that the science shows that it can be done.”

The Studer Community Institute brought to Pensacola Dr. Dana Suskind, the founder and director of the Thirty Million Words initiative, a research program at the University of Chicago Medicine that studies the effect of early language exposure on children under three. Over 500 people attended her talk.

“She thinks it’ll take a decade to build early language exposure into the community culture,” said Studer.  “We can’t try to do everything, but if we can understand and just start to work on these children now, I think we can make a huge impact in this community.”

He added, “What if you also made a community where you almost couldn’t walk anywhere without being educated?”

The trio will discuss the “3Ts — Tune In, Talk More and Take Turns,” an educational program developed by Suskind that helps parents and caregivers understand their critical role in children’s brain development. The webinar will dive into the importance of early childhood brain development and current efforts underway across Florida. The webinar begins at 2 p.m. It is free to attend, but registration closes Friday.  Register here.

Every parent has a different starting point for how much they talk, but there’s no limit to how many connections you can build in your child’s brain using the 3Ts.

Once you Tune In, Talk More with your child. Remember, every word you say fills her bank and builds her brain.

When you Tune In and Talk More with your child, you automatically Take Turns. No matter your child’s age, you can Take Turns and have a conversation.