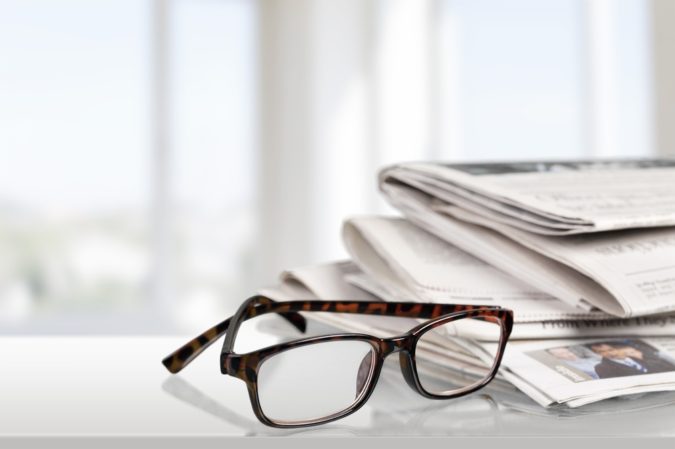 Every four years, the American Society of Civil Engineers’ Report Card for America’s Infrastructure depicts the condition and performance of American infrastructure in the familiar form of a school report card—assigning letter grades based on the physical condition and needed investments for improvement.

The 2013 Report Card grades show the nation has a significant backlog of overdue maintenance across our infrastructure systems, a pressing need for modernization, and an immense opportunity to create reliable, long-term funding, but they also show that we can improve the current condition of our nation’s infrastructure — when investments are made and projects move forward, the grades rise.

As a top destination, more than 50% of Florida’s commercial airports will experience demand levels that will totally saturate their operational capacity over the next 15 years, according to the Florida Aviation System Plan. Currently, Florida’s airports fly 139 million passengers into and out of the state each year—that’s equal to 7 flights for each permanent resident. Florida’s airports also transport over 2.7 million tons of cargo annually, worth about $46 billion. Generally, the airports have utilized their resources to maintain their infrastructure needs well, but forecasted capacity needs over the next 5 years (new runways, terminal and baggage system expansions) will require long term commitments from a healthy funding stream. Many airports will also need road access improvements, improved multi-modal connections, and commitments to maintain the general aviation airports. To keep pace and improve technology, Florida airports’ funding requests over the next 5 years total $1.1 billion, which exceeds available State funds by almost 70%.

The Florida Department of Environmental Protection (FDEP) currently regulates the operation of 5,275 active public and private drinking water treatment systems in Florida, which provide potable water for the state’s 20.2 million people. Florida’s average daily fresh water demand (which includes drinking water) was estimated by FDEP to be 6.4 billion gallons per day in 2010. It is projected that this daily water demand could increase by about 20% to 7.7 billion gallons per day by 2030. According to the U.S. Environmental Protection Agency’s latest report, Florida will need to spend about $16.5 billion in drinking water infrastructure improvements over the next 20 years to ensure that drinking water systems in Florida continue to provide safe and reliable drinking water to the public. High population growth, aging infrastructure, and sensitive ecological environments such as Florida’s Everglades are increasing the need and urgency to invest in Florida’s water infrastructure.

The Florida Department of Transportation (FDOT) maintains more than 12,000 miles of the state highway system, split between rural areas and cities. Although the highway system consists of only 10% of the road miles in Florida, it carries more than half of Florida’s total traffic. The remaining 90% of roadways are maintained by either expressway authorities, counties or cities. Since 1984, the number of highway system miles has increased by 25%, while the daily vehicle miles traveled increased by 84%. In terms of keeping up with the demand, FDOT has fallen behind the curve, and the counties and cities have generally not kept up, either. Some smaller rural counties have only been spending about 10% of what would be required for a good pavement maintenance program, and even the larger urban counties have been under-funding their resurfacing programs.

Florida Department of Transportation (FDOT) has 12,046 structures in its bridge management system; these include conventional bridg- es and also culverts (spanning over 20 feet). About 15% of Florida’s bridges are at least 50 years old. The FDOT is responsible for the maintenance of 6,753 (56%) of the bridges; County governments maintain 3,860 (32%); and cities and towns maintain 1,221 bridges (10%), while others (railroad, parks, etc.) maintain the remaining 212 bridges. FDOT has the responsibility of inspecting and rating most of the bridges in Florida. Currently, Florida has 202 structurally de cient bridges (1.7%), over half of which the counties have own- ership and maintenance responsibility. Also, about 8.5% of Florida bridges were either weight posted or closed as of January 2015.

Transit is a critical component of Florida’s transportation infrastructure and one that will need increasing focus as the population continues to grow. New developments in ridesharing, carsharing, and smartphone mapping applications are making transit use and living without a car much more convenient. However only 2% of Florida commutes to work were made by public transit, indicating a lack of opportunity and quality. The condition of Florida transit, based on average transit vehicle age as an indicator, ranked 19th nationally at 5.6 years, slightly behind Georgia and Rhode Island. Florida transit funding ranked 22nd out of 53 leaving much opportunity to improve. To raise the Transit grade, Florida needs to develop and connect its transit networks with an additional $1.3 billion investment.

Florida ranks nationally in the top 5 in total energy consumption, primarily due to the hot and humid climate and large tourism industry. Florida has been making significant improvements in conservation and energy incentives, which has slowed the demand growth rate since 2008. Florida’s energy production is far less than its energy demand, requiring production to be supplemented with out-of-state energy, but there has been some improvement in production capabilities. Currently, the electricity production is dominated by natural gas followed by coal, nuclear and other renewable fuels. Floridians pay more than the national average for natural gas; however, they pay less than the national average for electricity. Florida has significantly increased its energy incentive programs five-fold since 2012.

Florida’s 67 school districts have 2,999 schools with over 3.2 million students. The average age of Florida’s schools is 29 years, which is 3 years older than reported in the 2012 Report Card. The average annual growth rate of Florida’s student population over the last 25 years has been 3.91%, but that growth is not uniform across the counties meaning there may not be seats for students in the fastest growing areas like Central Florida’s Lake and Orange Counties. In 1997, the SMART Schools Act established a 20-year capital outlay funding program using $2 billion in lottery funds for the construction of permanent classrooms, but this funding has since lapsed and other funds have been curtailed. Uncertainties remain as to the effect lowered county impact fees, total new construction allocations and deferred maintenance costs will have on Florida’s K-12 schools. Of note, only 42% of the state’s schools are designated hurricane shelters, indicating many schools do not meet the structural requirements.

While there are over 3,700 wastewater treatment facilities in Florida, one-third of the population is still served by onsite sewage treatment and disposal systems (septic tanks) that rely on individuals to maintain and operate. Florida’s wastewater system is increasing in age and the condition of installed treatment and conveyance systems is declining. As existing infrastructure ages, Florida utilities are increasing their emphasis on asset management systems to maintain service to customers. There are also over 1,900 impaired water body segments throughout the state that will require higher standards to be met. While Florida is a national leader in reclaimed water use, which helped offset the State’s potable water needs and is a vital component of water resource and ecosystem management, population growth, aging infrastructure, and sensitive ecological environments are increasing the need to invest in Florida’s wastewater infrastructure.

Florida’s economy relies heavily on its 825 miles of sandy beaches, the state’s “invisible” coastal infrastructure that protects Florida’s communities from storm damage. Florida beaches are also significant to the economy as the number of beachgoers yearly is more than double the number of visitors to all U.S. parks combined. Unfortunately, nearly 61% of Florida’s sandy beaches (503.8 miles) are eroding. Beaches and inlets require ongoing maintenance to fight erosion. Developing and applying local and regional beach management strategies has proven essential to decreasing the risk exposure in coastal areas and providing storm damage reduction benefits, such as protection of power plants adjacent to the coast. However, over the last 10 years, the average difference between requested and state appropriated funds exceeded $40 million per year.

Florida’s stormwater systems primarily capture excess rain water and transport it for cleaning or release. About 1 in every 3 localities have established dedicated stormwater programs. These 165 local stormwater systems consist of drainage pipes, stormwater ponds and runoff treatment devices and serve about 116,665 people per system. To maintain the systems, generally two types of user fees are collected – stormwater utility fees and stormwater fees. The current monthly stormwater utility rate averages $5.68, which is slightly less than the cost of a Big Mac meal at McDonalds.® Florida’s capital improvement needs for stormwater management are estimated to be $1.1 billion through 2019, yet utility fees to upkeep the systems have declined since 2011 while needs will double over the decade. More than half of Florida’s stormwater entities revealed an inability to address all capital improvement needs, and only 1 in 4 stormwater utilities stated that today’s operation and maintenance capabilities were adequate only to meet the most urgent needs.