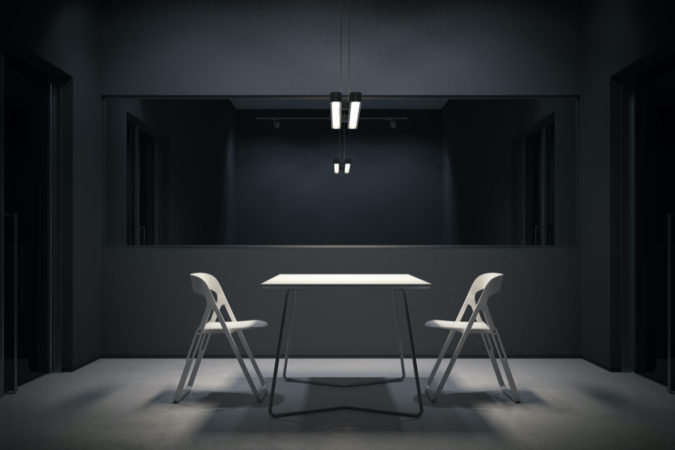 Here is the text of the April 2018 offense report concerning an investigation of then-Escambia teacher Susan Weddle for “possible Lewd and Lascivious molestation” and her countercharge that she was being extorted.

Eight months after the investigation, the Escambia County School District promoted Weddle to learning resource specialist, training other district teachers. On Monday, she was arrested charged with lewd and lascivious behavior, sexual assault and using a two-way communication device to facilitate a felony.

The report was heavily redacted. I’ve chosen to exclude other names in the report, even though they are public record, because they were not  interviewed by ECSO. The reporting officer is Jason Earl Comans.

On 04/02/2018, I received a report from the Pensacola Police Department regarding a possible Lewd and Lascivious molestation on V/_______, by S/ Susan Weddle 38 years old XX/XX/XXXX. The report stated V/_______disclosed an inappropriate relationship with his Teacher at _______.

On 04/04/2018, Escambia County School District Investigator Gary Marsh spoke with S/Susan Weddle on 04/04/2018 at _______ regarding an ongoing investigation with the school district. Gary Marsh recorded the statement with S/Weddle and advised her of the recording and swore her to her statement.

S/Weddle stated they did text each other but not much. S/Weddle stated V/_______ e-mailed her at the beginning of the year but doesn’t know if it was on her personal computer or not. S/Weddle stated she has everything typed in a document of what happened over the summer. The recording was then turned off.

Escambia County School District Investigator Gary Marsh stated S/Weddle has been suspended with pay pending investigation. Gary Marsh stated he was able to recover deleted e-mails from S/Weddle’s School Chrome Book laptop from 09/13/2017-09/22/2017. Gary Marsh then provided the e-mails to me to review. On 04/04/2018, I reviewed the hard copies of the e-mails between S/Weddle and V/_______ .

There were several e-mails stating V/ missed S/Weddle and loved her. I also observed other e-mails where S/Weddle would state that she missed V/_______ and would ask him to call her. Other e-mails from V/_______ asking S/Weddle for money to give so he could see S/Weddle.

S/Weddle stated she has paid for OP/Montana Graham’s power bill, and a couple of weeks ago OP/Montana Graham called her and told her she needed to pay $2500.00 to keep her cousins XXXX and XXXX from speaking to Law Enforcement about an inappropriate relationship with V//_______ .

S/Weddle stated she then went to Insta Loan on Hwy 29 and Nine Mile Rd. and met OP/Montanan Graham at the Circle K at Mobile and Massachusetts to give her the money to give to XXXX and XXXX. S/Weddle stated the reason she gave them the money was because she did not want to drag her children through an investigation. S/Weddle stated she also was concerned about her status in the community being ruined.

I then seized S/Weddle’s cell phone (Iphone6) and provided her with a seized property receipt. I then applied for a search warrant to have the phone forensically downloaded and searched for any evidence of an inappropriate relationship between her and V/_______ and any evidence of extortion on S/Weddle (see search Warrant Case # 18-009380).

On 04/20/2018, I made contact with OP/Lisa Davis Young who is _______ V/_______ . OP/Young-Davis stated V/_______ has never disclosed that he was having an inappropriate relationship with S/Weddle. OP/Davis-Young stated over a year ago she observed an inappropriate message from S/Weddle to V/_______ and contacted the principal and did not want S/Weddle talking with V/_______ like that anymore. OP/Young-Davis stated she does not remember what the text said. OP/Davis-Young stated she thought that was taken care of by the principal and does not know of any other allegations.

At this time no further investigation is required due to V/_______ not disclosing to me or DCF Investigator, any inappropriate behavior and no evidence of extortion between S/Weddle and OP/Graham. Close this case as Leads Exhausted.