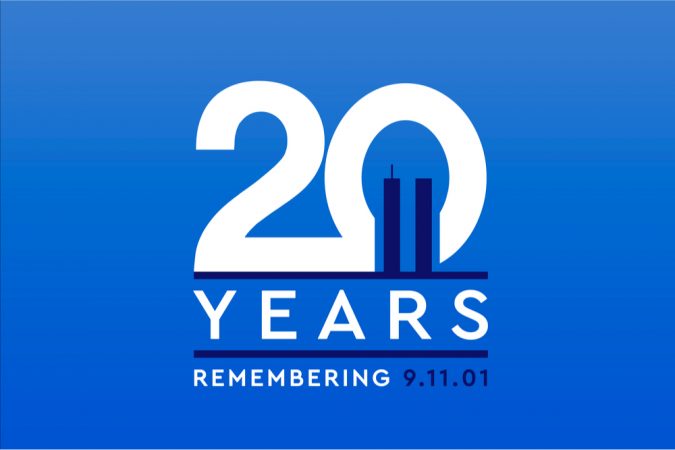 For the 10th anniversary of 9/11, we asked readers to submit their stories about the terrorist attacks (Inweekly, “We Will Never Be The Same,” 9/7/11). Edwin Banacia lived in New York City when the Twin Towers were struck.

I had been in New York for a few years, and the pace of the city was starting to creep into my soul. Long days and even longer nights of the corporate grind were taking their toll on my body both physically and mentally. The summer had been hot. No one tells you just how sweltering the subway can be in August. Although I felt extremely lucky to have landed my dream job, fresh out of college, day after day of slugging through thousands of commuters on your way to the office can make you feel like just another sheep in the herd. But September marks change in New York City.

The hellish heat of the summer is pushed to just a recent memory in your mind. The air feels crisp, cool and clean. You can turn off the AC and open a window. By the time you reach early September, you’re ready to propose to the city all over again. With an acquittal from the heat, the bustling metropolis becomes an encore of that picturesque skyline you find in those polished magazines. The energy of that September change was with me on the early morning of Tuesday, Sept. 11, 2001.

At the office, work had piled up on my desk over the summer months. As the heat index rose, my productivity had obviously fallen. For once, I actually woke up to the first din of my alarm. My window was open, and the sunshine and cool air filled my apartment. On my way to the bus stop, I picked up the morning paper and stopped for a cup of coffee. I waited for the first few smaller buses to pass before I jumped on the much larger bus. It was a gloriously beautiful day, and I didn’t want to be crammed in on a tiny bus with the masses of early morning commuters. Despite my routine on this day, I’d still arrive to the office an hour early.

I bounded through the halls at the office with excitement. On rare occasions, I was able to get there before the majority of my thousands of colleagues. All in all, I was just a kid from Pensacola with the good fortune to have opportunity thrust upon him. When I found myself alone in one of the tallest buildings on Madison Avenue in Midtown Manhattan, I felt special.

That morning, when I arrived to the 26th floor, I found that I was alone with the exception of an associate named Lauren. She was already settled in at her desk reading the newspaper with the morning news flickering from the television behind her. I waved, turned on my computer and prepared myself for the day. That’s when Howard Stern told me about a fire at the World Trade Center.

Before she could respond, I was already sprinting toward her. Her side of the building faced Downtown. In the not-so-far distance, we could make out the top of the building and the smoke was intense. As I arrived to Lauren’s desk, images of the second plane hitting the second tower followed on the television. Lauren and I initially thought, much like everyone else in the country, this was a replay of the initial crash. That confusion was brief as we could feel and see the second impact from the window. It just so happened we had been distracted by the news at that moment.

Lauren and I stood there all alone at perhaps one of the biggest entertainment corporations in the world in utter silence and loneliness as the severity of the moment started to sink into our conscious. The next sequence of events is somewhat a blur. The shock of it all created missing patches of my memory. Therefore, this is merely the way I remember it to be.

After some time had passed, an announcement came over the inter-office intercom. “This building is being evacuated. There may be a threat in our area and we are being instructed to evacuate this building.” The news had already reported that the tunnels, subways and most forms of public transportation had either been closed or shut down. Where would I go? I decided that I would stay in the building. I lived in Jersey and there’d be no way to get across the river. I retreated to my office, closed the door and simply submitted to the universe.

The situation was beyond my control, I rationalized to myself. After an hour, building security found me still bunkered down in my office and forced me to leave the building. As I arrived down to the street, I noticed some colleagues of mine standing around in a circle. I realized that no one knew what to do. With the hundreds of sirens blaring in the distance and the streets void of traffic, I felt like I had been transported to an early Stanley Kubrick film. We all threw ideas out to each other. With the helplessness of the moment weighing us down, some of the ideas pushed the sanity envelope.

“Maybe we should all just go see a movie,” someone even suggested. I thought about finding a hotel room. That’s when we noticed it. There were throngs of people walking west. “Excuse me ma’am,” as I stopped a passerby. “Where are you all going?”

“Someone told someone that the ferries are running back to Jersey and word got around, so now we’re all walking to the pier,” she explained with a lack of confidence in her eyes. I said goodbye to my colleagues and joined her group.

We all walked in silence. Now as I reflect back, I just don’t think any of us knew what to say to each other. I could feel that we were all happy to be together in our spontaneous group of strangers, however. In that walk to the pier, you could just feel, even that early into the tragedy, that all the things that divided us no longer mattered. It was us against them–the terrorists. Suddenly, all the things we complained about as New Yorkers–the commute, the price of real estate, The Mets, the MTA fare hikes, unnecessary gentrification, traffic, class warfare and social status–none of it mattered. We were all in this together.

Our throng increased after every block we passed. Bodega owners were passing out bottles of water to people on the street. One lady in our group couldn’t walk any longer in her heels so was forced to walk barefoot. A shop owner we passed noticed and ran us down to give her a pair of socks. Our group of hundreds had turned into a mass of a few thousand. As we approached the West Side Highway, I was shocked to discover a sea of thousands already in a single file line waiting for the few ferries still in service. We had no other alternative. We found the end of the line and settled into a very long wait. An hour turned into three, and we had still barely moved. I found myself standing in front of the USS Intrepid, an out-of-commission aircraft carrier now converted into a floating museum, when a long caravan of black SUVs cut through our line. Federal agents were obviously using the ship as an impromptu command center.

A few moments later, I could feel the asphalt vibrate slightly. I looked down the road just in time to see the National Guard heading Downtown, and I can remember thinking to myself,

“The military is here now. We’re at war.” Although I had grown up as a Navy brat and was accustomed to seeing men and women in uniform, at the time it was extremely rare to see an actual military presence in New York City. By now, the smell of the disaster had wafted Uptown to us. A stench of burning plastic and chemicals filled the air. From our point of view, looking south to lower Manhattan, it appeared as if all of Downtown was burning. An amber glow permeated the southern horizon. It was well into dusk before I reached a ferry. As we departed the dock, I sat there in a collection of hundreds of strangers all staring into the southern distance in silence and disbelief. Our city was burning.

The ferry had never been so quiet. I do remember feeling completely numb physically. I couldn’t feel my legs. I couldn’t feel the hard wood bench beneath me. Quite literally, I couldn’t feel my own breathing. An overwhelming feeling of absolute loneliness overtook me. I pulled out my phone and tried to call home. I needed to hear my mother’s voice. The lines were jammed. I couldn’t get through. I put the phone back in my pocket; I looked at the floor and just sobbed. For the first time in years, I cried. I just sat there watching my tears fall down. And then, for a reason I still can’t genuinely explain, I felt serenity. By the time the ferry reached Jersey, word had passed around that there were many road closures, and it’d be quite difficult finding a taxi. I walked home. I made it there just before midnight.

I can’t tell you much about the week that followed. I simply don’t remember it. It is almost as if that week in my life never happened. The peculiarity of it is that none of my closest friends who experienced that day with me can remember the week after Sept. 11, either. Maybe it was the trauma of it all that caused the memory loss. Or, maybe it’s just that for our generation, that morning will forever be the most impactful moment of our lives so the little events immediately post-9/11 simply didn’t matter enough to remain in our minds.