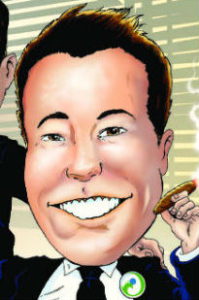 “Today Mayor Hayward signed a Memorandum of Understanding between ST Aerospace, Mobile, Inc. and the City of Pensacola. The non-binding MOU is the culmination of 18 months of joint efforts to build the aerospace industry in Pensacola. Hayward said, “We have aggressively been courting this company and the aerospace industry. It has been a pleasure to work with Joseph Ng and his team. We look forward to the next steps in lease negotiations.”

ST Aerospace, the company the Greater Pensacola Chamber has spent tens of thousands of dollar courting over the past 18 months, is a Malaysian company that does maintenance, repair and overhaul of aircraft. At one time, it was to bring 500 jobs to the Pensacola International Airport Commerce Park. The mayor’s announcement scaled that back to a “minimum of 300 new jobs” to Pensacola.

The problem with the Hayward’s “non-binding MOU” is he needs $8-$10 million from the Escambia County Commission to make get ST Aerospace to come to Pensacola—$8-$10 millions that the commissioners will have to pull from Local Option Sales Tax projects for transportation and drainage projects which the county committed to voters to do when the LOST referendum was passed.

Why can’t the city use its LOST funds for the airport deal? City Administrator Colleen Castille recently told the regional transportation authority that the city has already spent or committed all of its LOST funds.

Hayward had scheduled a meeting on Monday at 9:30 a.m. to discuss the $10 million with County Commission chair Lumon May, Interim Administrator George Touart and County Attorney Alison Rogers. The mayor called Monday morning to reschedule for 3 p.m. and, according to county officials, Hayward called again and suggested that they delay any discussion until after the holidays.

At no time did Hayward tell county officials that he was releasing a “non-binding MOU” on Monday.

“I feel ambushed,” Touart told the IN last night. “I’ve been trying to meet with Ashton for six months on this and could never get him to sit down. My commissioners have made it clear that they expect a plan from the city to pay back the LOST funds.”

Earlier this month, the county commission balked at transferring LOST funds for the ST Aerospace deal. The board said that they expected the funds to be paid back in some way – either by pledging a revenue stream or selling the county its sanitation department.

Touart told the IN that the county had not been given a copy of the Hayward’s MOU. He had no idea what the mayor was committing to do for ST Aerospace. He said that the chamber had been caught by surprise, too.

Last night, Commissioner Gene Valentino was upset about Hayward’s announcement that he considered premature and self-serving on the mayor’s part.

“This is exactly why we wanted to take economic development out of the hands of politicians and put it into the hands of professionals,” Valentino told the IN. “Ashton Hayward is hungry to make points. This all seems self-serving and done to deal with the bad press that he is getting over The Fish House.”

“I support economic growth and job creation in Escambia County. I have not been party to the City’s negotiations nor am I familiar with the details of the MOU,” said May.

“I look forward to working with the Mayor and the Chamber as this project evolves. And to discussing this issue with my colleagues on the Commission when we meet in January.”