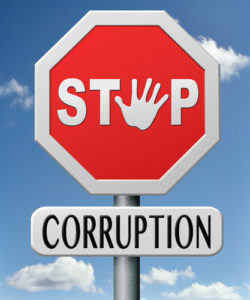 “We are pleased to join in sponsoring legislation to strengthen State Attorneys’ ability to prosecute bribery, bid-rigging and fraud in government contracting.

“Billions of tax dollars paid by Floridians are used by state agencies and local governments to purchase services and equipment from private companies, many of which rely on government for all or most of their revenue. In some areas, private contractors are acting in lieu of government.

“Unfortunately, there are too many examples of the contracting process being corrupted by bid-splitting, cronyism, favoritism, and outright fraud by contractors and public servants. According to the State-wide Grand Jury, these practices create a ‘corruption tax’ which costs taxpayers many millions of dollars a year.

“Our legislation will eliminate what prosecutors believe are barriers to bringing criminal actions against wrongdoers. Our bill will make government contractors subject to the same legal prohibitions against misconduct that apply to government officials and will allow cases to be prosecuted when persons have knowingly or willfully engaged in corrupt practices. Current law requires that courts find defendants had corrupt thoughts or intent. We believe it is redundant and unnecessary to prove that a bribe was done with corrupt intent. A bribe, in and of itself, is corrupt and those who give or receive bribes should be judged under the law as criminals.

“We are grateful that Gannett and its media outlets have underscored and are supporting the need for this legislation. As well, we are grateful that all twenty of Florida’s state attorneys have endorsed this proposal and are working with us to develop the bill. We expect that the proposal will be formally introduced within the next few days.”