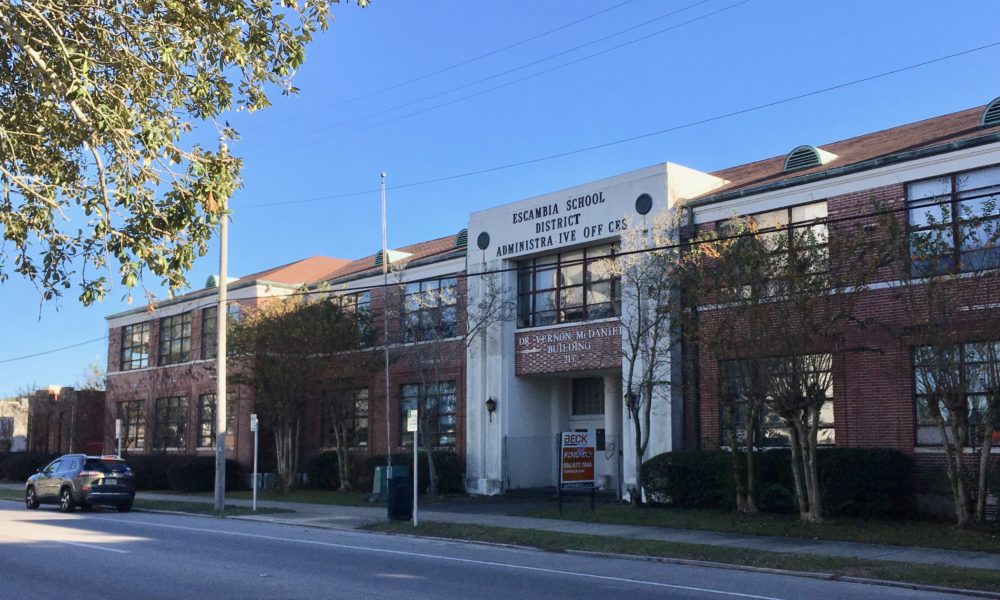 –The Pensacola Architectural Review Board green lighted the demolition of a nearly 80-year-old structure on Garden Street during a special meeting Wednesday. While developers will need the board’s approval once again when final plans for a mixed-use development have been drawn up, the move effectively removes the primary hurdle holding up the sale of the building.

Editor’s note: Hours after the vote and after Jeremy turned in his report, Mayor Robinson asked the ARB to reconvene, citing the lack of “proper period” for public input, which has put the project’s future in doubt again.

The ARB decision — reversing an earlier demolition denial — signals that the city is wanting to encourage new development even when it means scrapping its structures of old. Critics of this approach charge that the city is erasing valuable architectural and cultural fingerprints of history, while proponents insist that it’s sometimes impossible — by market measurements — to restore older properties.

“We’d love to save this building,” Quint Studer, one of the developers connected to the Garden Street project, told the ARB board before detailing reason why that wouldn’t be feasible.

Studer — as well as developers Jim Reeves, Steve Simpson, Bill Whitesell, Ed Carson and Adrian Lovell — are hoping to construct a retail-residential project at the site of the former Escambia County School Administration Building located at 215 W. Garden St., as well as an adjoining parcel. For years the school district property, built in 1941, has languished on the tax roll as it sat unsuccessfully on the market and took up prime real estate in a revitalizing downtown area.

Previously, members of the ARB have implored the developers, known collectively as Two Hundred West Garden, Inc., to figure out how to incorporate the existing structure into their designs. The developers contend that the structure is in ill-repair and makes their project financially unfeasible.

The projected $50 million development conceptually includes 280 rental units, 15,000 square feet of retail space and a 500-space parking structure. It has been referred to as akin in scope to Studer’s Southtowne development at the former site of the Pensacola News Journal offices downtown.

The ARB and developers have previously agreed to salvage and incorporate several existing elements of the properties, In addition to a brick wall featuring arches at 213 W. Garden St., they also decided to keep an arched facade fronting Spring Street. During Wednesday’s meeting, there were also discussions of the need to design a project that fit in architecturally with the surrounding landscape.

Speaking to the ARB, proponents of the project detailed the list of advantages to seeing the development through to reality. In addition to adding property tax revenue to the city’s coffer, they said it would serve as a catalyst to direct development energy westward from downtown and also provide the school district with an influx of a few million dollars from its sale.

“This is real serious stuff we’re playing with,” Studer told the ARB.

While some ARB members previously seemed held up on the historic structure aspect of this debate, most were won over Wednesday by a collection of voices that said the development’s advantages outweighed any potential advantages of insisting upon the repurposing of a property that some said might not be that historically significant anyway. Among those voices was Pensacola Mayor Grover Robinson and Escambia County School District Superintendent Malcolm Thomas.

Thomas said the building had issues 10 years ago when the district moved out; sewer lines and the HVAC system needed attention. And the property has been a tough sell for the district, with developers attempting to incorporate the structure within potential plans, then walking away when the math fell apart.

“This hasn’t been easy,” Thomas told the board, adding that the sale would generate needed revenue for the school district.

Mayor Robinson said he felt like saving the structure would be “very challenging,” and urged the ARB to adopt a forward-thinking philosophy on this particular property. He spoke about the tradeoff of sacrificing the New Journal building in order to realize Southtowne and the new YMCA, as well as how the San Carlos Hotel was demolished in the 1990s to make way for the federal courthouse.

In the end, the ARB voted 7-1 approving demolition of the structure, pending the group of developers’ final plans for the project.

A little before 6 p.m. yesterday, Mayor Robinson issued a statement asking the ARB to meet again and allow the public to provide input:

“The Architectural Review Board met today and approved the demolition of a historic building. However, citizens were not given the opportunity for public input. It is the goal of my administration that no final decision such as this is made without public input.

Therefore, I will ask the ARB to meet again and conduct the meeting properly with a period for public input.”