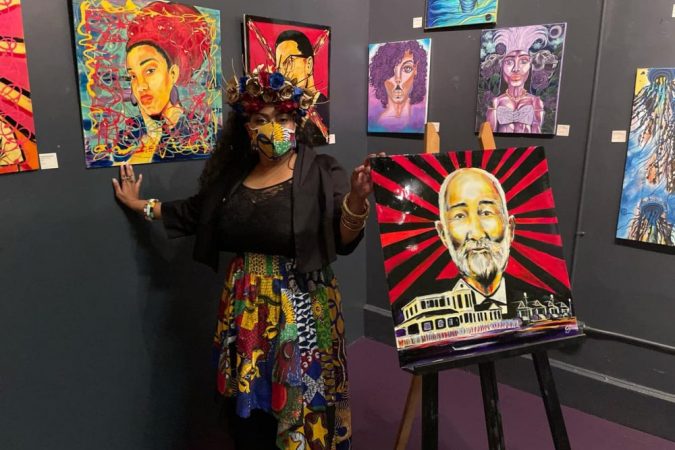 Ending this week is a month-long celebration of Pensacola’s multicultural artistic community held at Artel Gallery. The exhibit, “Celebrating Diversity,” comes down this week with a benefit gala to honor the John Sunday Society.

“Diversity is beautiful,” states Artel Gallery’s website. “We have a diverse group of artists, a diverse selection of media, and a diverse array of exhibits all under one roof!”

The main gallery holds dozens of art pieces representing a broad array of works, diverse not only in the artists’ ethnicity but in the style of the art. Paintings, sketches, photos, sculptures, mixed-media works and even musical instruments adorn the large gallery space.

Art sales benefit the John Sunday Society, the organization which hosted the one-night gala. The organization’s namesake, John Sunday, was a Reconstruction Era African American politician and Union Army veteran of the Civil War. Though Sunday died in 1925, his home survived for almost a century after his death.

After a contentious battle to save his home in 2016, developers destroyed his home, leading to the formation and growth of the non-profit organization named after Sunday. The John Sunday Society focuses on historic preservation, with particular attention to Pensacola’s multicultural heritage. 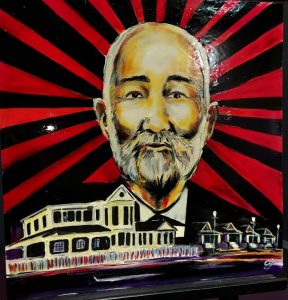 The president of the John Sunday Society, Teniade Broughton, was recently elected to the Pensacola City Council. The theme for the gala was celebrating Pensacola’s diverse cultural communities, as well as the celebration of John Sunday. In attendance were Mayor Grover Robinson, County Commissioner Lumon May, City Councilwoman Ann Hill, and Councilwoman Broughton.

“This is only the beginning,” said Broughton, referring to the evening’s events but also broader work celebrating Pensacola’s Black history.

To reflect this history, Wynder wore gold to represent an image she wanted to portray for the night’s event, celebrating African royalty.

“We are in the age of diversity. We are in an age of dealing with racial injustice. Dealing with the empowerment of our people,” said Wynder. “Black History Month is not just for one month. We are black 365,” said Wynder.

Part of the larger Artel Gallery event was the “Black Art Matters” exhibit on display in Artel’s vault section. Inside were paintings by Pensacola’s Carter J. Gaston, Kenneth Burrell, Ashley Gibson, Alys Richardson, and Bobby Booker. The various works included several paintings of African American figures, including a central piece on display by Gaston of John Sunday himself. Another showcased photography from Pensacola’s 2020 Black Lives Matter protests at the Graffiti Bridge.