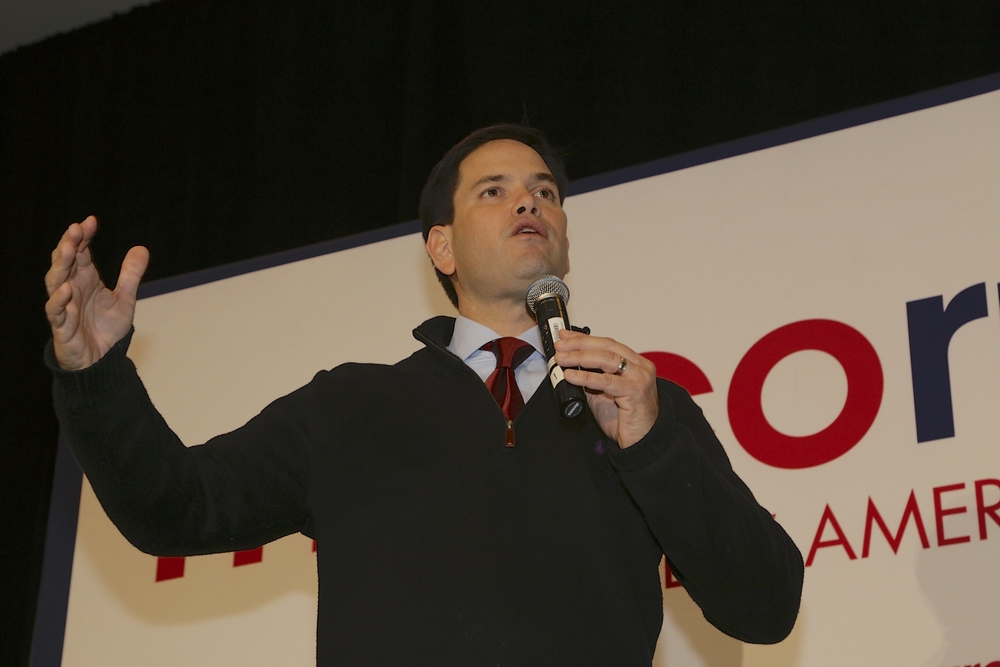 By JIM SAUNDERS AND JIM TURNER
THE NEWS SERVICE OF FLORIDA

As Republican incumbent Marco Rubio and Democratic challenger Patrick Murphy square off Tuesday for a U.S. Senate seat, independents and minority voters could be two groups to watch.

That was a takeaway from a Quinnipiac University poll released Thursday that showed Rubio opening a six-point lead over Murphy, a congressman from Jupiter, in the high-stakes race.

Overall, the poll showed Rubio leading by a margin of 50 percent to 44 percent. But among independents, he was ahead 54 percent to 38 percent.

“Candidates with a 16-point lead among independent voters rarely lose, and Sen. Rubio, who has that edge over U.S. Rep. Patrick Murphy, appears to be pulling away from the challenger,” Peter A. Brown, assistant director of the Quinnipiac University Poll, said in comments released with the poll results. “But anything is possible.”

Quinnipiac gave Clinton a one-point overall lead against Trump in the state, though that is well within the poll’s margin of error.

Another area where Murphy’s support lags Clinton’s performance is among “non-white” poll respondents, a critical group for the Democrats in Florida. Clinton held a 51-point lead over Trump among non-white voters, while Murphy led Rubio by a slimmer 22-point margin.

The Connecticut-based Quinnipiac, which frequently conducts polls in Florida and other swing states, surveyed 626 likely Florida voters from Oct. 27 to Monday. The poll has a margin of error of 3.9 percentage points. A CNN/ORC poll released Wednesday showed Rubio with a much-narrower one point lead over Murphy.

In past campaigns, it always seemed like Jimmy Buffett was the go-to musician for Democratic candidates.

Buffett would emerge from Margaritaville, or wherever, and appear on stage with the likes of Bill Nelson, Lawton Chiles and Buddy MacKay to try to rally Parrotheads to vote for the Democrats. The politicians always seemed to have a good time — and sometimes even clapped to the rhythm of the music.

True to form, Buffett is supporting Democratic presidential nominee Hillary Clinton this year. But Clinton and her running mate, Tim Kaine, are changing up the musical selection.

Clinton appeared with pop star Jennifer Lopez at a concert last weekend in Miami. And Kaine will appear Saturday in St. Petersburg with — get this, children of the ’80s — rocker Jon Bon Jovi.

The Bon Jovi event, however, raises a question: Is it appropriate to play “Livin’ on a Prayer” with three days left in the campaign?

President Barack Obama, a White Sox fan and resident of the South Side, drew applause Thursday during his appearance at Florida International University when he took time out of a campaign speech to congratulate the Cubs.

“Sometimes the temptation is to tune it out, and you want to just focus on the Cubs winning the World Series. Which, by the way, even for a White Sox fan, is a pretty big deal,” Obama told the crowd. “Because the Cubs have been waiting like 108 years. I was watching something on television, and they explained that the last time the Cubs had won, Thomas Edison was alive and they hadn’t invented sliced bread yet. So you know the expression, ‘This is the greatest thing since sliced bread?’ This is actually, for Cubs fans, the greatest thing since sliced bread. And I want to congratulate the Chicago Cubs for an amazing season.”

Obama had already tweeted an invitation to the Cubs to visit the White House “before I leave?”

1 thought on “Backroom briefing: Could Independents send Rubio back to Senate”