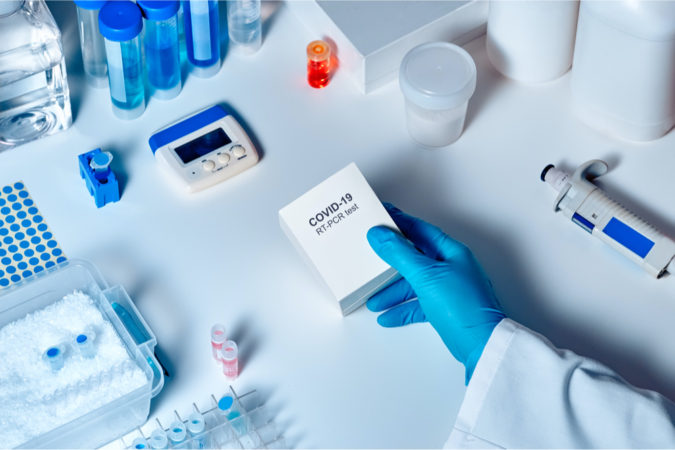 Last Friday morning, Inweekly caught up with Baptist Health Care CEO Mark Faulkner, who explained the testing process for the coronavirus. At the time, Baptist still hadn’t received confirmation for the feds that its patient from Santa Rosa County had the virus.

“We have one patient that’s presumptive positive, and what that means is there’s a state test issued by the Department of Health that’s actually administered in Tampa and comes back with a result,” said Faulkner, “and a second resulting, which comes out of the CDC in Atlanta, and we’re waiting on that second confirmation due to the volume uptick that’s happened in the country with tests.”

He added, “That result has not been returned yet, and we’re not sure actually when we’ll get that. But we’re working as if this patient is positive and taking all those precautions necessary.”

Hours after Inweekly interviewed the Baptist CEO, the Florida Department of Health announced the patient had died.

Where are test kits?
At his Gadsden County presser on Thursday, March 5, Gov. DeSantis said the federal government would send “tens of thousands” of coronavirus testing kits to the state. At the beginning of the week, Food and Drug Administration Commissioner Stephen Hahn has said close to a million tests would be ready by the end of this week. On Wednesday, March 4, Vice President Mike Pence said that 1.5 million tests would be going out.

“There won’t be a million people to get a test by the end of the week,” Florida Senator Rick Scott told the media after a briefing from health officials on Thursday, “It’s way smaller than that, and, at this point, it’s still through public-health departments.”

The CDC did broaden the testing guidelines last week, under the direction of Vice President Pence and the national coronavirus response team, so that doctors could order tests for anybody they suspect of having the coronavirus. However, the South Florida Sun-Sentinel reported that Florida was advising doctors to order tests only for people who fit a more narrow criteria—a history of travel to a high-risk area or close contact with a confirmed coronavirus patient within 14 days of showing symptoms.

Faulkner couldn’t tell Inweekly how many people locally had been tested for the coronavirus because they were currently being administered through the Department of Health. With the flu, doctors and hospitals can administer tests for the virus immediately if a patient is symptomatic, but not so with the coronavirus.

“We can’t do that with (the coronavirus) because if they come to a doctor’s office and say, ‘I’ve been exposed I think,’ we then have to engage the Department of Health,” he told Inweekly. “So we really don’t know what numbers right now that the local Departments of Health have tested.”

When asked whether he thought the state was overmanaging the testing process, Faulkner said, “It’s a matter of scale and a matter of managing public perception and expectation. This one’s different only that it’s new, and there’s no vaccine.”

He continued, “In terms of overall mortality, it truly only seems to be profoundly affecting frail elderly or those that are immune-suppressed or compromised. But to a healthy adult who might contract the virus, it seems that symptoms are mild to moderate, if they even know they have it at all.”

The hospital CEO added, “From a preparedness standpoint, in terms of supplies and equipment, I think we’re in good shape. What we’re trying to get ahead of as a state probably, and as a country, is preparedness in terms of testing availability, how these tests are administered.”