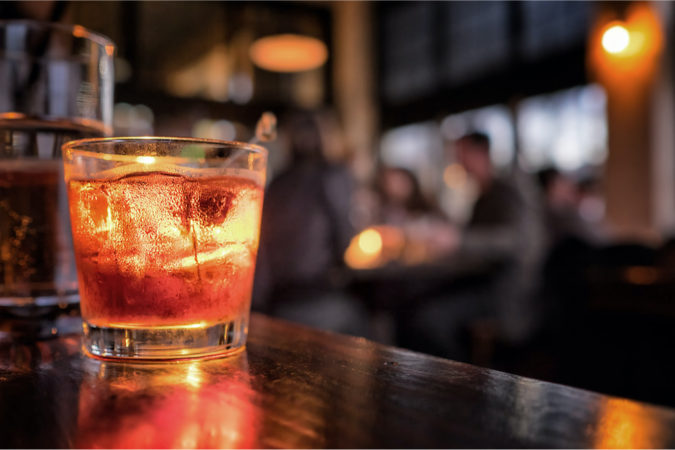 The owner of the Knight’s Pub in Orlando contends that his bar is being used as a “scapegoat” after the state suspended its alcoholic beverage license for violating coronavirus reopening guidelines.

Owner Michael D’Esposito released a statement disputing the bar violated a 50 percent indoor occupancy cap after reopening on June 5, when bars in most of Florida were allowed to operate with seated service. He also argued that the state Department of Business and Professional Regulation used 2019 social-media photos from the bar as examples of customers breaking social distancing requirements.

“Unfortunately, despite our limited reopening that was encouraged by our political leaders, our establishment is now being used as the scapegoat for all COVID-19 cases in the surrounding Orlando area,” D’Esposito said, referring to the respiratory disease caused by the coronavirus.

The state department on Monday announced the license suspension, pointing to 13 employees and at least 28 customers testing positive for the novel coronavirus. On Tuesday, Gov. Ron DeSantis used the suspension to announce crackdowns on restaurants and bars that fail to follow coronavirus guidelines included in an executive order.

“And then, people will hopefully get the message that these guidelines are in place for a reason,” DeSantis said.

As part of the decision to suspend the Orlando bar’s license, the state department said customers on June 5 and June 6 were observed violating the executive order. D’Esposito said the bar has been closed since June 8 after a report that a person might have become sick after going to the bar.

“It is a slippery slope to essentially blame one small business for a majority of the COVID-19 cases in the area; a baseless accusation we take with the utmost seriousness,” D’Esposito said in the statement.

“We complied and voluntarily shut down because it was the right thing to do and have continued to behave in a responsible and safe manner by acting quickly to protect the residents of our community.”