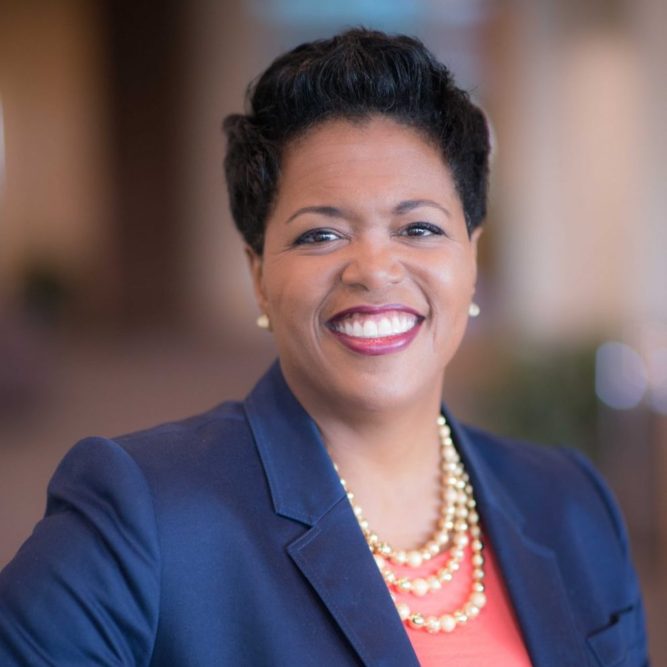 Bentina Terry, Gulf Power’s Customer Service and Sales vice president, has been selected as senior vice president of the Metro Atlanta Region for Georgia Power. In this role, she will be responsible for the company’s operations, sales, customer service, economic and community development, and external affairs activities across metro Atlanta, which includes 1.2 million customers.

“My time in Pensacola has been an incredible part of my life. I’ve met and become close with so many special people who will continue to have a big impact on who I am,” said Terry.

Terry expressed how grateful she is to those who have supported her as well as her hopes and dreams for this community.

“Most importantly, I want to thank our customers. I’ve learned and grown so much through serving them and plan to take those lessons with me in my new role serving customers in Atlanta,” she said.

Terry began her career with Southern Company in 2001 at Georgia Power and progressed through leadership roles in compliance, ethics, power delivery, customer service and external affairs.

She came to Gulf Power in 2007 as the External Affairs and Corporate Services vice president where she was responsible for the company’s external efforts including regulatory affairs, governmental relations, environmental affairs, community and economic development, corporate communications and corporate services.

In 2014 Terry moved into her current position as the energy provider’s Customer Service & Sales vice president. In this role, she has been responsible for the company’s marketing, customer service, community and economic development, and community relations organizations.

“Since coming here in 2007, Bentina’s vision has helped our team position Gulf Power as more than your local energy provider,” said Stan Connally, Gulf Power’s chairman, president and CEO. “Over the last nine years, her dedication and passion for our customers and our community has made us better.”

In 2013 Terry received the Pensacola Chamber of Commerce’s Community Leader of the Year award. And, in 2016 she was named No. 1 on the InWeekly Power List of the top 100 most powerful and influential people in greater Pensacola.

Her active participation across the state of Florida was recognized in 2015 when she was named one of Influence Magazine’s 100 Most Influential People in Florida Politics. She also served our region and our state as chair of the Florida Chamber of Commerce Foundation from 2012-14 and as chair of Leadership Florida from 2014-15.

“These accomplishments and many others will have a lasting and positive impact on our customers, our community and our company. We are so grateful for her service and wish her well in Atlanta. She will be missed,” added Connally.