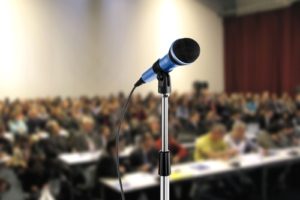 Republican Gov. Rick Scott and former Gov. Charlie Crist clashed over their records as governor and traded sometimes-personal barbs last Friday in the first of three debates in a close race for the state’s highest office.

RICK SCOTT
Scott mocked the inaccurate “Charlie Facts” that he said Crist — whom Scott consistently addressed by his first name — was using. “He will always talk about what he’s going to do, but nothing will happen,” Scott said.

“Charlie should be known as the zero-wage governor,” Scott responded. “832,000 people had a job the day Charlie took office; they day he left office, they made zero wages.”

Scott — who said he supports “traditional” marriage — used the issue to hammer Crist, who now says he supports same-sex marriage. Scott criticized Crist for admitting in an interview with reporters for gay press outlets that he initially opposed those unions for political expediency. “So my question is, what positions is Charlie taking today for political expediency?” Scott said. “Because if you would ever say that you do those things as governor, people should question everything you say

CHARLIE CRIST
Crist knocked Scott, “It seems to me that Gov. Scott may be out of touch. … For people who maybe have a private jet, like the governor has, or has a mansion on the waterfront, things seem OK. I understand that, and that’s great. But it’s not great for everybody in Florida.”

Crist referred to a civil lawsuit in which Scott took a deposition while invoking his constitutional right against self-incrimination 75 times. “I’ve never pled the Fifth in my life,” Crist said.

Crist knocked Scott for not forcefully advocating expansion of the state’s Medicaid program after saying he supported the idea as long as the federal government paid the full bill. “Then he heard from the tea party base and kind of crawled back in and wouldn’t talk about it anymore,” Crist said. “He talks about people who talk about things and don’t do anything. That’s just what he’s done, precisely, on this issue.”