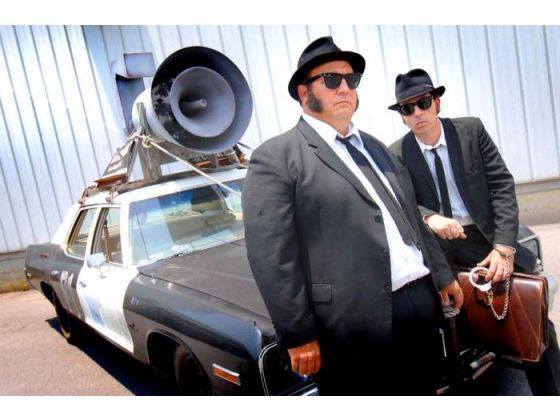 When the Emerald Coast Blues Brothers take the stage at the next Blues Angel Music Blues on the Bay Concert on June 4, they, like their movie counterparts, will be helping to raise money to save a program helping children. But in this instance it will be a local middle school instead of an orphanage in Chicago.

Blues Angel Music Foundation will be taking donations at the concert to help the students of J.H. Workman Middle School after a fire destroyed a portable that housed their orchestra program, last Saturday. According to a news release from the Escambia County School District this week, instruments totaling $20,000 along with sheet music and several personal instruments of students were destroyed in the fire and the portable was a total loss.

“We were taken aback by the news of what’d happened. Music education, no matter where it’s taking place, is central to everything we do at Blues Angel Music and with the Foundation. Fortunately we have the platform of this concert series to help raise money for these children. The full extent of how we will help is still coming together, but hopefully matching the donations raised during the concert on the 4th will be a good start,” said Nan DeStafney, co-owner of Blues Angel Music.

In addition to accepting donations for the orchestra program at Workman, Blues Angel Music Foundation will match the donations made from the concert to help replace instruments and other items that were lost in the fire. All donations are greatly appreciated.

The Emerald Coast Blues Brothers have been performing tribute shows along the Gulf Coast for many years and have opened up for acts such as, Sugar Hill Gang and Percy Sledge. Their show is very traditional to the movie and music featured in the original film, including a movie-authentic Blues Mobile.

Check out the full Blues on the Bay schedule and make plans to attend all of the remaining shows. Concerts are free and open to the public thanks to these sponsors: Community Maritime Park, City of Pensacola Parks and Recreation, Blues Angel Music, WSRE Foundation, Gosport, Downtown Crowd, Jet 100.7 FM, Soft Rock 94.1 FM, Cox Media, Cat Country 98.7 FM and News Radio 1620 AM.