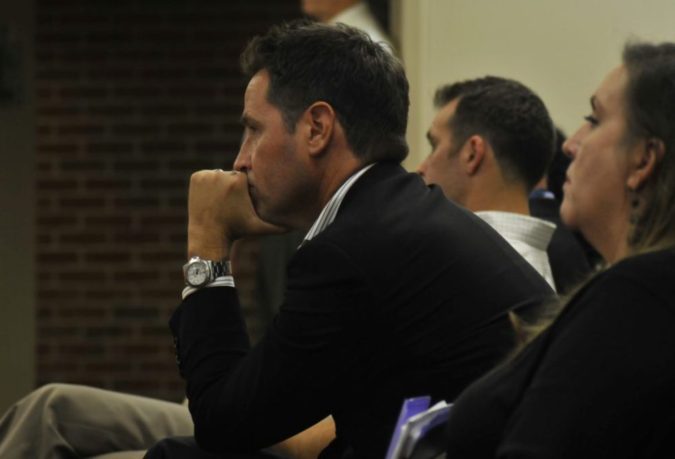 Pensacola Police Chief designee Tommi Lyter will not be present tonight for the Pensacola City Council discussion on his appointment, according to Councilwoman Sherri Myers.

“I’ve been told by Don Kraher, the council executive, that Mr. Lyter will not be there tonight,” she told Inweekly, “and Mr. Kraher said he was told that is now an official policy set by the mayor.”

Myers said, “This is incredible. I support Tommi–he’s been great to work with–but I’m not going to vote to confirm anyone out of the Sunshine.”

The Pensacola City Charter gives the Mayor the power to “appoint the head of each department, with the consent of the City Council by an affirmative vote of a majority of City Council Members.”

In the past, under both the city manager and strong mayor forms of governance, the appointees attended the council meetings and answered questions from the council.

Lyter will be the second major appointment that the council has been forbidden to ask questions in a regular meeting prior to the vote on the appointment.

Mayor Hayward would not let his nominee for fire chief, David Allen, answer questions in the public meeting regarding his appointment in June 2016, but Allen, at least, was in attendance.

Two weeks later, the mayor did allowed the council to see and speak with Dan Flynn at the special meeting called for approval of his appointment to head the Pensacola International Airport.

The Pensacola Police Chief is a demanding position that requires interaction with the public. He should be able to handle a few questions. One day, he may face much tougher scrutiny and pressure. The public should get to see and hear him before the vote, not wait until there is some crisis.

Hayward is doing a disservice to Lyter, who is very capable leader.

Another odd twist in the Hayward administration that once again leaves the voters outside of the process.