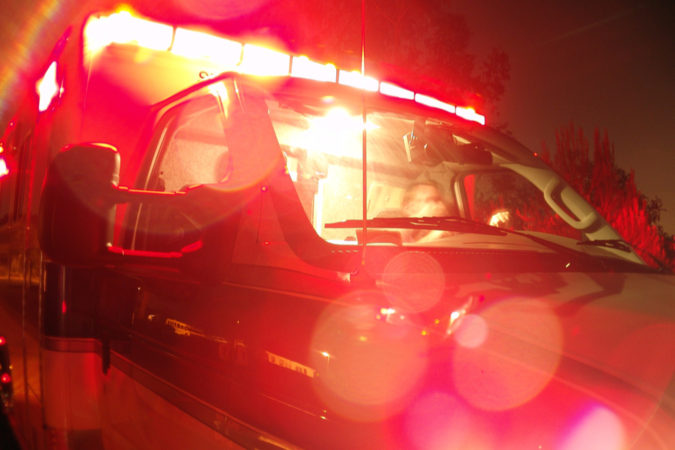 Today, the daily newspaper reports the Florida Department of Health (DOH) has completed its investigation of Emergency Medical Services (EMS) and filed on Feb. 28 with the Florida Division of Administrative Hearings an administrative complaint asserting some of the county’s public safety instructors provided medical training without valid certifications “in or about 2018.”

The county has asked for a hearing during which they will most likely explain the corrective actions taken since the cover letter was mailed nearly a year ago and ask for relief from any fines.

The complaint was sent to the county commissioners last Friday – Administrative Complaint (2019-11689). The Conclusion of Law states the Escambia County Public Safety Department engaged in unprofessional conduct for issuing recertification cards to instructors who had not met the recertification requirements and allowed the instructors to teach courses.

DOH asked for the Florida Department of Administrative Hearing to:

1. Make a factual and legal finding in its favor.

4. Provide such other relief as may be proper.

The names of the uncertified instructors aren’t given in the report. We don’t know if they are still employed by the county.

Some History of the Complaint

Last year, both Inweekly and the News Journal reported on several issues with the county’s EMS.

On April 22, 2019, County PIO Joy Tsubooka issued a statement, under the title “Statement Regarding EMS Investigation,” that informed the public that the county reported the results of its investigation to the Florida Department of Health for its review.

“An internal investigation began in January 2019 and then was turned over by the county to the Florida Department of Health with a cover letter from our medical director outlining our concerns, as the scope falls under their jurisdiction and expertise,” stated the press release.

“The assertions and resulting investigation are not tied to any case or external complaint, but the county’s due diligence to ensure that our staff are appropriately trained, certified and following best practices.”

Through a public records request, Inweekly received a copy of the cover letter, dated 3/19/19, sent with the report to DOH – Letter 3-19-2019 – BEMO . The letter referenced a written statement by Escambia Medical Director Dr. Rayme Edler, supporting documentation collected by Sgt. Jerry Champion of Internal Affairs of the Corrections Department, and an audio-recording of a sworn interview with Edler.

Since there are still active FDLE investigation into EMS personnel, those materials weren’t provided to Inweekly.

On Facebook, Commissioner Doug Underhill has asserted that it was Edler, not the county, that reported EMS issues to the DOH. That doesn’t appear to be the case. However, her complaints were forwarded to the state for investigation by the county administration, under Interim County Administrator Amy Lovoy, after the county had conducted an Internal Affairs investigation.

Some History on Training

Commissioner Underhill wants the county to fund the training that Edler recommended last May. However, Edler failed to follow the county’s purchasing process, and the commissioners asked the work to be rebid – which appears hasn’t happened under County Administrator Janice Gilley.**

While the commissioners agreed that EMS training needs to improve, there were concerns over the procurement process.

Interim County Administrator Amy Lovoy said the certification issue was brought to her attention in January when Edler and Fire Chief Nail brought forth a proposal to hire Rescue Company 1, an Orlando-based company.

“I talked to the purchasing manager who agreed and even suggested the firms to get the quotes from,” said Lovoy. “When it became clear that they wanted training no more than $50,000, I suggested to expedite this. They should get three quotes for abbreviated ones to take care of the five people in question, which would have been way less than $50,000.”

Tamika Williams, the Public Safety business operations manager, gave the commissioners a timeline of the solicitation process. The emergency PO was brought to her attention on Jan. 30. After meeting with Lovoy and Senior Purchasing Coordinator Paul Nobles, the decision was made for Nail to seek additional quotes from nonprofit organizations since the quote was $125,000. On Feb. 15, Chief Nail said he would get additional quotes, but Williams never heard back from him.

Dr. Edler explained that during that timeframe, she was working with Baptist Hospital and Pensacola State College to get quotes. On April 10, after Public Safety Director Mike Weaver resigned, Lovoy and Coughlin asked Williams to get the bidding process completed. Rescue Company 1 was the only submittal.

“On April 22, I received a revised quote for Rescue Company 1 in the amount of $51,300, and that was at the reduced training just to get it done,” she said. “At that time, I closed it on vendor registry and made a statement that due to the fact that it was over $50,000, it will require a full solicitation.”

Williams advised Edler, Nail, Coughlin and other county officials that she would not personally be contacting the vendor asking them “to circumvent the process to get it under 50 because I said it was illegal to do so.” She said, “However, later on that day, I received a revised quote of $49,550.”

The commissioners felt the modification of the quote after the bid had closed eroded the public’s trust in the process. They directed staff to rebid it but didn’t blame Edler for the breakdown.

“I think this also plays into an overall concern saying that we are not providing our directors and high-level employees the proper training and going through a procurement process,” said Commissioner Robert Bender. “Dr. Edler has been here almost a year and doesn’t know the process. In procurement, we need to make sure we are training them on our expectations, and this even has to go with HR and employee performance.”

Janice Kilgore was hired to investigate the department but came away with few recommendations – The Buzz – 5/16/19.  Gilley brought in her former boss, Jerry Maygarden, to fix the EMS problem, but he never issued a report to the commissioners.

**More on training: The county did rebid the training and The Rescue Company 1 had the lowest bid at $144,696. However, the News Journal obtained emails that showed former EMS Chief Rusty Nail had been in contact with the company and had negotiated prices outside the county’s procurement process. The county commissioners voted to hold the issue until Gilley took over county operations on July 1.