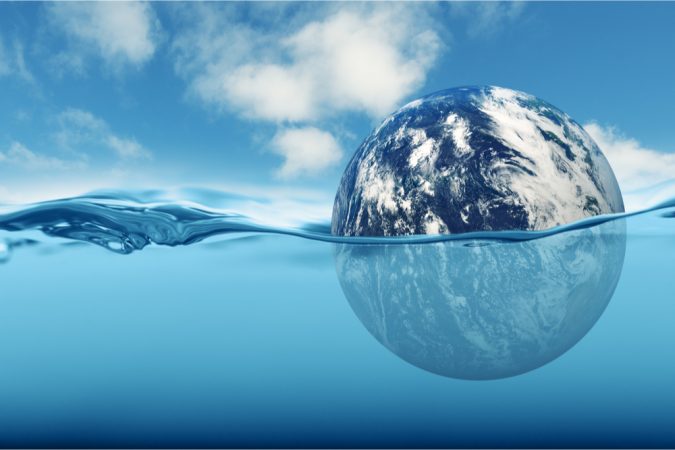 Dr. Rob Young has reviewed the science and knows that sea-level rise over the next 80 years or so is going to be a big deal.

Big for wildlife, fish, and people.

But he says we can prepare for it and it makes sense to do it sooner rather than later.

At a CivicCon event on Monday, May 9, Dr. Young will share what existing coastal cities need to do to prepare for the future while balancing economic and environmental interests. The event is from 6 to 7:30 p.m. at The Rex Theatre and is free and open to the public.

You can RSVP to attend the event in person by going to this LINK.

Dr. Young is Director of the Program for the Study of Developed Shorelines, which studies sea-level rise at coastal cities in Florida, the Carolinas, and Georgia and advocates for responsible strategies to promote the long-term sustainability of the nation’s coastal ecosystems.

He co-authored The Rising Sea, which chronicles what is projected to happen based on scientific predictions of dramatic sea-level rise between now and the end of the century.

Dr. Young is a professor of coastal geology at Western Carolina University. In addition, he does work with the National Parks Service to develop vulnerability assessments for infrastructure in coastal parks to guide resilience policies.

In Florida, planners have used vulnerability assessments to reduce the sensitivity of new buildings by raising utilities out of the flood zone, which requires small expenditures for a substantial reduction in sensitivity.

The project not only looked at the impact of sea-level rise but also the exposure score of damage from hurricanes in the future.

Dr. Young received a BS degree in Geology (Phi Beta Kappa) from the College of William & Mary, and MS degree in Quaternary Studies from the University of Maine, and a PhD in Geology from Duke University where he was a James B. Duke Distinguished Doctoral Fellow.

Dr. Young has approximately 100 technical publications and he serves on the Editorial Board of the Journal of Coastal Research and Environmental Geosciences.

He has been a frequent contributor to the popular media. He has written numerous articles for outlets like the New York Times, USA Today, Architectural Record, the Houston Chronicle, and the Raleigh News and Observer, among others. He has appeared on shows ranging from PBS Now to CNN’s Anderson Cooper. He has testified before congress and numerous state legislatures on coastal issues.

He is President of Sialia Environmental, Inc— a firm that provides environmental consulting and restoration design.

If you are unable to attend the in-person event, the presentation also will be streamed live at the Pensacola News Journal’s Facebook page and at pnj.com.