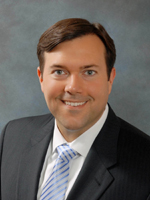 Rep. Clay Ingram will be on “Pensacola Speaks” this afternoon to give an update on the special session.

REDISTRICTING SESSION KICKS OFF WITH A CLASH

The Legislature plunged into a debate on reshaping districts for the state Senate and quickly hit on an area of disagreement about whether all 40 seats in the chamber will be up for re-election next year.

In a year where mistrust between the House and Senate has twice led to sessions ending without lawmakers completing their work, the split on the opening day of the session was an ominous warning sign about the three-week gathering aimed at producing a map that follows the voter-approved “Fair Districts” redistricting standards.

The new districts are needed after lawmakers signed a consent agreement with voting-rights organizations that conceded that the current Senate map, drawn in 2012, would likely be found unconstitutional under the anti-gerrymandering amendments.

However, a 1982 ruling by the Florida Supreme Court found that, after a redistricting, every member whose district changes would have to run again. Only one of the Senate’s 40 districts would remain the same in each of six maps that lawmakers are considering during the session.

Senate Reapportionment Chairman Bill Galvano, R-Bradenton, said the court decision came after a routine redistricting following a census — not a midterm redistricting like the one currently underway.

“There is a legal argument to be made that the members who have been elected to four-year terms have a right to those seats,” Galvano told reporters.

In remarks to the Senate on Monday, Galvano said the Senate would work to make sure that district numbers essentially follow the district, with each new seat being given the number of the current district it most closely resembles. And he said the chamber had legal cases supporting its argument that only members in odd-numbered seats would need to run next year.

“Is it absolutely black and white? No, I cannot represent that to you,” he said.

Senate staff sent reporters federal cases from other states where lawmakers were allowed to stay in office despite changes to their districts — including, in one case, where the seat had moved from one side of Pennsylvania to another. But they didn’t produce a similar ruling from a state court in Florida.

The House quickly dismissed the Senate’s theory, at least for now. House Redistricting Chairman Jose Oliva, R-Miami Lakes, would not rule out an impasse when a reporter asked if one was possible over the issue.

“Hypothetically speaking,” he said. “But I think that first we ought to let (senators) provide whatever proof it is that they have that that’s a sustainable position.”

Democrats also ripped into the Senate GOP’s position on how many members might have to run for re-election in 2016 — a year when the electorate is likely to be friendlier to Democratic candidates, due to higher turnout caused by the presidential election.

“The law in this case is crystal clear,” said Florida Democratic Party spokesman Max Steele. “The Senate Republican leadership’s transparent effort to protect their incumbents and bypass the Fair District amendments will fail just like every other legal roadblock the GOP has attempted to use in the redistricting process”

And there were signs that even Republican senators might not agree with the position. During a joint meeting of the House and Senate redistricting committees, Sen. Tom Lee openly argued with the Senate’s lawyers about how well the new maps would respond to complaints of the voting-rights organizations who challenged the current districts.

Lee, R-Brandon, told reporters afterward that he is “tired of losing” in court and isn’t convinced that all 40 members of the chamber wouldn’t have to seek re-election next year.

“If there is some legal argument that can be made to this committee that justifies a different outcome, that saves money and elections and things like that, I’m open-minded,” he said. “But all I get is squid ink when I talk to these people — a bunch of mumbo-jumbo that, ‘well, this is my theory.’ Well, show me in some court precedent. Show me in some legal proceeding. Stop telling me what you want the answer to be and tell me what you think it is based upon the law. And I get nothing.”

Lee also suggested that legislative leaders might be trying to avoid being the ones to tell senators with even-numbered seats that they have to run again.

“And I realize, no one wants to deliver the bad news to the members. … If that’s going to happen, let the court tell them. It makes perfect political sense, doesn’t it?” he said.