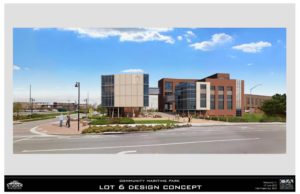 The Community Maritime Park Associates Board of Trustees did in less than 48 hours what Mayor Ashton Hayward and his COO Tamara Fountain failed to accomplish in four weeks. The CMPA Board negotiated and approved leases for parcels 3, 6 and 9 with the Studers.

How will Hayward and Fountain react? Will they come out and thank the CMPA board for their initiative? Or will they start placing obstacles in the way and lobby the council to delay any action?

Tired of waiting on Hayward and Fountain to act, the Studers and CMPA board did exactly what the Pensacola City Council said it wanted done at its June 18 workshop.

When the Studers’ attorney Scott Remington asked at the workshop with whom they should work out the leases, Council President Andy Terhaar replied, “Get ’em to the CMPA, then I’ll get them on our agenda.”

At 4 p.m., the Pensacola City Council is holding a special meeting on the Studer leases. Hayward and Fountain wanted the council to approve a resolution that gave conceptual approval the Studer projects and authorized the attorneys at Beggs & Lane to draft the leases over the next 60 days.

Now the city council has the leases to discuss, not a meaningless resolution that covers up the inaction of the mayor’s office.

The leases – with the UWF Center for Entrepreneurship and Downtown Conference – were a layup for Mayor Hayward. He missed the rim …and backboard.

Early this week, I was told the reason the Hayward and Fountain drug their feet on the Studer leases was because they hate Remington. I refuse to believe the pair would be so petty to delay a project that is clearly beneficial to the city because of dislike of an attorney involved. However, their inaction makes little sense.

Needless to say, today will be an interesting one.