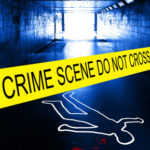 The daily newspaper reports that there were 526 residential burglaries in the city in 2012 –300 in last nine month of the year. This i a 15-percent increase over up from 455 reported in 2011. Based on emails and phone calls that I’ve received, January 2013 hasn’t been much better.

Police Report: Two suspects in a massive burglary ring that stretched between Gulf Breeze and Perdido Key have been arrested.

Warrants were served Friday morning on:

– John Flynn, 19, of 910 Martin Luther King Jr. Dr., Pensacola. He was charged with nine burglaries and one grand theft auto.

– Jo’Kavious Wilson, 18, of 445 Hyacinth Dr., Pensacola. He was charged with seven burglaries and one grand theft auto.

Eight burglary and one grand theft warrants also are active on Decker Brooks, 21, of 910 Martin Luther King Jr. Dr., Pensacola. He has not yet been taken into custody. Flynn and Brooks are brothers.

A fourth suspect also is facing at least eight burglary charges but warrants on him are not yet active.

“We’ve increased our presence both proactively and during the investigative process as a result of recent burglaries,” said Chief Chip W. Simmons. “We are pleased to be able to make these arrests and hold these people accountable for the crimes they’ve committed within our city. This is just the beginning of the arrests we anticipate for individuals responsible for these burglaries.”

Detective Danny Harnett said the males are suspects in excess of 50 residential burglaries that occurred since August 2012. More charges are pending on these and other suspects as the investigation continues.Among items taken were televisions, computers, alcohol, guns, coins, and a vehicle. Detectives are still trying to determine what the suspects did with the items.

Harnett said the investigation determined that Flynn was the leader of the group, who typically committed burglaries during daytime hours by ringing doorbells or knocking on doors. When no one answered, they would kick doors in for access to residences.

While there is no sure fire way to prevent burglaries, Harnett encouraged people to be more vigilant of their neighbors’ homes, and if they see suspicious activities to notify appropriate law enforcement agencies.

Wilson was one of two suspects arrested for a burglary that occurred December 6, 2012 on Whitney Drive.

In the Whitney Drive incident, two Pensacola Police officers saw Wilson and Desmond Phillip, 20, of 1919 North Q St., Pensacola, at the front door of a house in the 600 block of Whitney Drive. The suspects refused officer orders to stop, and instead, got into a vehicle parked in the driveway. The vehicle, which had been reported stolen in the county, was then put into reverse and accelerated toward the officers, who fired at it as it fled the area. That burglary occurred the same day as three others the suspects were charged with today.

In addition to Harnett, detectives Brad Buddin and Justin Roedel are handling the investigation.

There was also an armed robbery in east Pensacola.

Police Report:  Pensacola Police are searching for a man who robbed a local convenience store at gunpoint Tuesday night.

The incident occurred around 10 p.m. at the Majik Market, 885 Scenic Highway.

A 48-year-old male employee told Officer Ozzie Teeters a man wearing a ski mask entered the store, pointed a handgun at him and demanded an undisclosed amount of money. The employee complied and the suspect fled the business on foot.

The suspect was described as a white male, approximately 6 feet tall and 180 pounds. He was wearing a gray hoodie and a black ski mask.

Anyone having information on the incident is asked to contact the Pensacola Police Department at 435–1900.