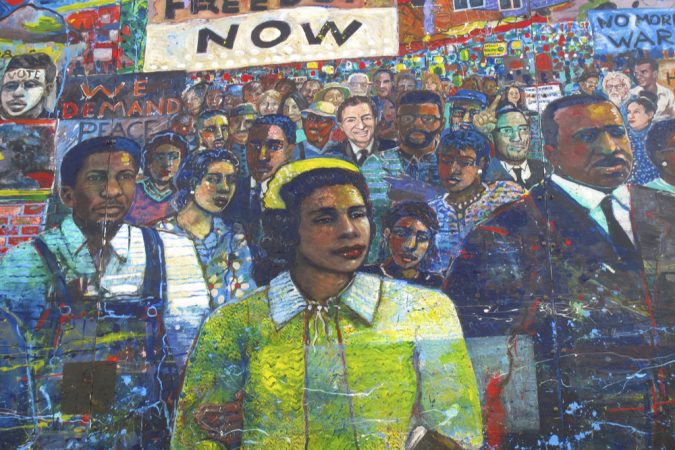 According to Flagler College history professor Dr. Michael Butler, the Florida Legislature’s efforts to ban any history that a parent believes may make her child uncomfortable about his/her race is pushing good history teachers out of our public schools.

Last month, Osceola County School District canceled a professor’s civil rights movement history seminar for teachers citing in part concerns over the critical race theory, even though it wasn’t even part of his lecture.

The cancellation came days after a Florida Senate committee passed a bill that would label a teacher’s lesson discriminatory if it “compels” a student to “feel discomfort, guilt, anguish or any other form of psychological distress on account of his or her race, color, national origin or sex.” The bill is part of Gov. Ron DeSantis’ “Stop Wrongs Against Our Kids and Employees,” or Stop WOKE, agenda aimed to prevent the teaching of critical race theory (CRT) in Florida public schools, even though no school district in the state teaches the theory.

When Inweekly dug a little deeper into the Osceola County incident, the newspaper found out that the professor whose presentation was canceled was Dr. Michael Butler, a Flagler College history professor and Inweekly’s go-to resource on the civil rights movement in Escambia County. He is the author of “Beyond Integration: The Black Freedom Struggle in Escambia County, Florida, 1960-1980” and “Victory After the Fall: The Memories of the Civil Rights Activist, H.K. Matthews.”

Inweekly caught up with Dr. Butler to discuss what happened in Osceola and the impact the GOP lawmakers’ latest foray into the classroom may have on teaching the history of the civil rights movement in Florida public schools.

“I’ve had a few unbelievable moments as a professional, and being able to meet and document the story of Rev. Matthews is one,” said Butler. “Being able to instruct our public school teachers is another. I take that as a great honor and responsibility.”

The National Council for History Education (NCHE) had reached out to Butler to present the civil rights movement to Osceola’s kindergarten through eighth-grade teachers to help them prepare lessons for Black History Month. His presentation had three sections.

The first set of lecture slides started with 1896 and Plessy v. Ferguson and went through World War II. The second set had the master narrative—”I call it the greatest hits of the civil rights movement”—which contains the Montgomery to Selma timeline. The final section had the Voting Rights and how the nation is still dealing with the ramifications of practices and actions resulting from legalized discrimination.

Butler had been working with the school district on the seminar since November, but then on the Wednesday before his Saturday presentation, NCHE received word that the lecture had been postponed due to conversations at the state level about CRT.

The history professor was shocked. He told Inweekly, “My lecture had no mention of CRT. It was fact-based, evidence-driven, historical content.”

Calling CRT “the modern-day boogieman,” Butler said, “It’s a problem that does not exist. I don’t know of any teachers, particularly in K-eight, who are teaching critical race theory.”

He continued, “The fact that this attack on CRT is so vague and hard to define means that anything related to teaching African American history, anything regarding race relations, anything that makes some parents of some students “uncomfortable” is avoided in the public arena—when the point of history is not to make us feel comfortable.”

Read the rest of the article on Inweekly – here.