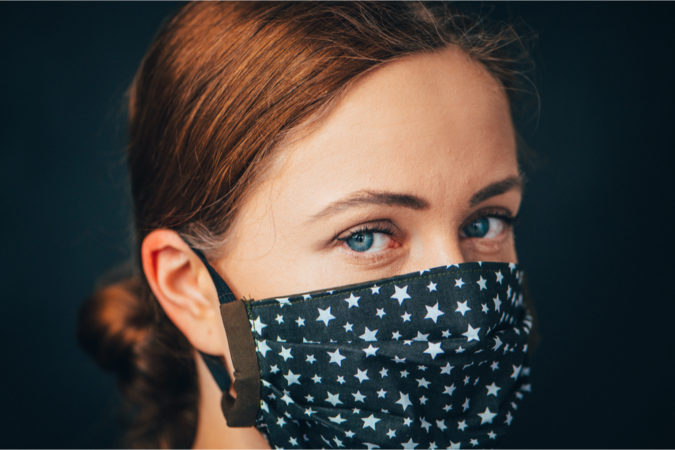 While it doesn’t look to be instituting a hard mandate regarding the use of face masks, the Escambia County School District may be heading towards a sort of soft-requirement for the COVID-related safety measure.

“Students and staff are expected to wear a mask when they can’t social distance,” said Superintendent Malcolm Thomas during a Monday school board workshop.

Escambia’s schools are expected to begin in August — as mandated by a Florida Department of Education order — with the district offering remote options, as well as welcoming students back to physical campuses. Since the district rolled out its reopening plan, including changes meant to ensure a safe environment to minimize the impact of the coronavirus, concerns have been raised about issues including the start date and the reluctance to require the use of masks.

Escambia School Board Chairman Patty Hightower has pushed for a mask requirement and Monday — after presenting a letter in support of masks signed by the heads of all three major hospitals — she was successful in getting other district officials on board. Pretty much.

“If a student comes in and they don’t have a mask on, we give to them,” Hightower said. “I don’t think it has to be punitive.”

The chairman’s fellow school board members agreed with her, though they all stopped short of wanting to mandate the wearing of masks, which has been identified by health officials as key to combating the coronavirus.

“I don’t think there’s any disagreement that wearing masks is good,” said Vice Chairman Bill Slayton, going on to explain that he didn’t want the district to find itself charged with enforcing a rule regarding masks.

Kevin Adams, representing District 1 on the school board, said that any mask requirement would inevitably have a list of exceptions. Superintendent Thomas agreed.

“I’m thinking of autistic kids, students who might be at Westgate,” Thomas said. “These students won’t be able to keep their masks on.”

Dr. Laura Edler, District 3 representative, said she was concerned such a mandate would create “a condition of oppositional defiance” and only encourage students to rebel against it. She also wondered if it would exacerbate existing issues.

“Already we’re talking about racism and discipline,” Edler said. “And now we’re giving them another reason to discipline?”

Slayton recounted a recent trip to Walmart, where masks are required among customers, saying he observed a mother and her kids snub the mask rule — “they get past the entrance and snatched them off and put them in their pocket” — and that such a mandate would be unenforceable at school.

Similarly, Adams recalled a recent scene at a check-out line, where children played with their masks instead of wearing them.

“I thought, if a mom couldn’t control three kids at the cash register line — and I asked her, ‘are you ready for them to go back to school?’ And she said, ‘Yes, I am.’”

Though all school board members agreed they didn’t want to tread into potentially punitive territory, it does look likely that on Tuesday, during the board’s regular meeting, members will approve wording to the district’s reopening plan that states that “face coverings will be worn in district facilities as directed by staff and instructional leaders.”

As for the district’s start date of August 10, it looks like that will remain the same. Hightower asked board members during Monday’s workshop if it might be a good idea to delay the start of school a couple of weeks in order to afford more time to train teachers involved with remote learning; others have suggested a delay due to the state’s spiking COVID numbers and associated community-spread concerns.

Superintendent Thomas said that district staff had already considered various options, including taking a looser reading of the state order to commence by August, describing a start toward the end of the month as “doable.”

“We slashed this up one side and down the other,” he said, before explaining that there were numerous reasons, most of them economic, to begin on time.

Thomas is supported in this view by Dr. John Lanza, director of the Florida Department of Health in Escambia County, who the superintendent invited to Monday’s workshop to weigh in on the district’s reopening plans.

“I don’t think we need to wait,” Dr. Lanza said. “I don’t think too much is going to change before now and when a vaccine comes out.”

Also, during Monday’s board workshop, Superintendent Thomas discussed how many students in the district might be returning to a physical campus and how many are selecting remote-learning options. Monday was the district’s deadline for parents to select one of three options for their students: traditional, remote or virtual.

Thus far, about 15,000 district students, representing 40 percent of the population, have yet to select an option; if no option is selected a student is placed in the on-campus model. Around 10,000 students, or 28 percent, have actively selected the traditional, on-campus option. Twenty-four percent, or 8,700 students, have chosen the remote option, which is online, but tethered to the student’s school. And another 3,000, or 8 percent, have selected the more-flexible virtual option, provided through Escambia Virtual Academy.