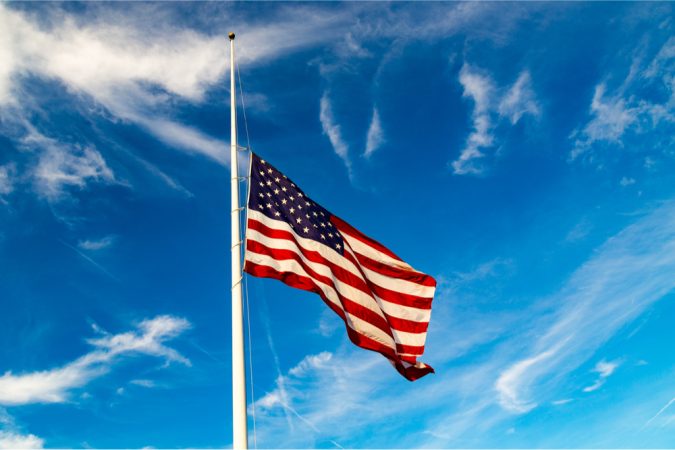 Gov. Ron DeSantis has ordered flags to fly half-mast in memory of those sailors killed in the terrorist attack at NAS Pensacola two years ago.

On December 6, 2019, a horrific act of terrorism was committed at Naval Air Station Pensacola, taking the lives of three U.S. Navy sailors and injuring other heroic victims.
As a mark of respect for the victims, I signed the attached Proclamation directing the flags of the United States and the State of Florida to be flown at half-staff at all local and state buildings, installations, and grounds throughout the State of Florida from sunrise to sunset on Monday, December 6, 2021.
To view the proclamation, click here.
Share: