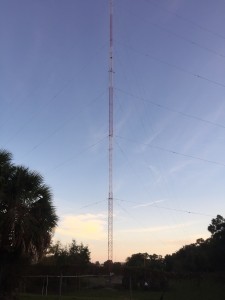 Melanie Nichols will be on News Talk 1370 WCOA’s “Pensacola Speaks” this afternoon to talk about her upcoming presentation, “Floodgate: The Story of the Long Hollow Radio Tower.”

The Women’s Civic Forum will host the public forum tomorrow at noon at the Institute for Human and Machine Cognition, 40 S. Alcaniz St.

Nichols, president of the North Hill Preservation Association, and her team of researchers will  at present their research the ground lease and radio tower built in the Long Hollow Conservation District.

The researchers have not been allowed to make full presentation to the city council. In November, Pensacola City Council voted for Council Executive Don Kraher to research the controversy and prepare a report. His findings may not be released until March.

Inweekly has reported that former City Administrator Bill Reynolds failed to disclose to the Pensacola City Council in 2012 that the city’s land use code prohibited the construction of a new tower in the Long Hollow stormwater pond when he presented the new ground lease to the council.

City Administrator Eric Olson and his department heads have refused interviews with Inweekly.