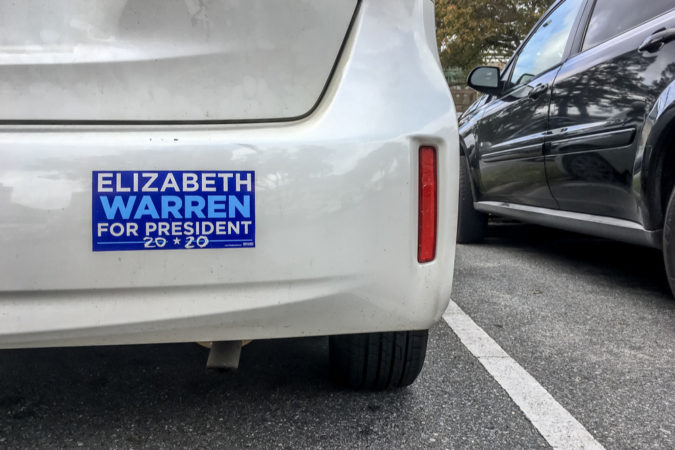 Sen. Elizabeth Warren has doubled her support in Florida in the last four months to pull within 10 points of former U.S. Vice President Joe Biden in the race for the Democratic party’s nomination for president in 2020, according to a statewide survey of Florida voters by the Florida Atlantic University Business and Economics Polling Initiative (FAU BEPI).

“While Joe Biden continues to lead other primary candidates in Florida, Elizabeth Warren is gathering strength and is becoming a real competitor for the state,” said Kevin Wagner, Ph.D., professor of political science at FAU and a research fellow of the Initiative.

Among the Democratic candidates, Biden continues to lead at 34 percent, down from 39 percent in BEPI’s May poll. Warren was second at 24 percent, up from 12 percent in May, while U.S. Sen. Bernie Sanders’ support has seen only a modest gain of two points in the last four months, now at 14 percent. South Bend, Indiana Mayor Pete Buttigieg came in a distant fourth at 5 percent, followed by Kamala Harris at 4 percent. No other candidate polled above 3 percent.

Warren, Biden and Sanders are all in a statistical dead heat in head-to-head matchups against Trump. Warren fared best, losing by just two-tenths of a point, 50.1-49.9 percent, while Biden and Sanders were both just one point behind the president, 50.5-49.5 percent, and Harris lost by four points 52-48 percent.

There is overwhelming bi-partisan support from 75 percent of voters for universal background checks for all gun buyers, with just 14 percent opposed. Voters are split on the new tariffs on Chinese goods, with 40 percent saying it hurts America, 33 percent saying it helps America and 27 percent saying it has no effect. Independents (44 percent) and Democrats (40 percent) were more likely to say the tariffs are hurting America than Republicans (20 percent).

“It seems that the majority of Democrats, Republicans and Independents agree on universal background checks,” said Monica Escaleras, Ph.D., director of the FAU BEPI. “However, if tariffs become a central issue in the presidential election, then Independents appear to be more aligned with Democrats.”