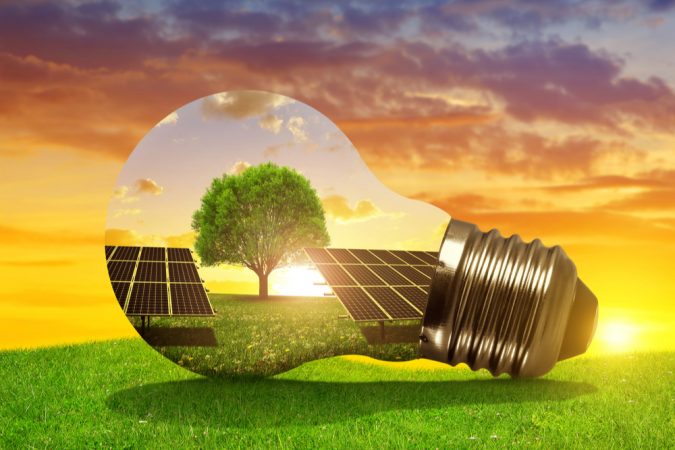 Pensacola’s long-awaited environmental assessment has arrived. This week, the city unveiled its baseline greenhouse gas emissions results, essentially establishing a municipal carbon footprint and becoming the first city between New Orleans and Tallahassee to produce such a report.

According to the assessment, Pensacola produces an annual total of 18,340.7 MTCO2e, or Metric Ton of Carbon Dioxide equivalent, a standard unit of measurement of greenhouse gas emissions. For some context, in 2016, New York City’s municipal carbon footprint was 2.71 million MTCO2e, and in 2020 the city of Bend. Ore. reported a greenhouse gas emissions inventory registering 11,223 MTCO2e

According to Pensacola’s greenhouse gas assessment, the city’s most significant source of energy usage lies in its facilities’ operations. Running municipal buildings and other facilities produces a 10,154.06 MTCO2e and accounts for a whopping 54% of the city’s total energy usage.

Next in line, accounting for 24% of the city’s usage, are municipal on-road vehicle fleets. Street and traffic lighting account for 10% of the city’s energy usage. From there, the slices of the energy-usage pie become exponentially smaller, with agriculture-related activities accounting for 2%, trailed by water and irrigation and lighting for parks, garages and ballfields, both of which are less than 0.25%. Other unspecified municipal activities collectively account for 8 percent of the city’s usage.

Following Sustainability Coordinator Mark Jackson’s brief overview of the city’s energy assessment report, city council members keyed in on a couple of issues, most notably the absence in the report of energy usage by municipal contractors.

“We have no way of effectively tracking what our contractors are using,” Jackson told the city council.

Councilwoman Sherri Myers pointed out that much of municipal work, such as landscaping, is performed by outside contractors.

“What percentage of our public lands are being maintained by private contractors, and what can we put in contracts to ensure this issue is being addressed,” Myers wondered.

Transitioning city vehicles was also a point of conversation. Mayor Grover Robinson noted that switching to greener vehicles — such as the city has done with some of its sanitation fleet, transitioning to compressed natural gas — wouldn’t always be a possibility either due to availability, capability or contract logistics.

“I don’t know if every vehicle we can get can be an electric vehicle or a natural gas vehicle,” Robinson said.

On that note, Pensacola Police Chief Eric Randall addressed the likelihood of transitioning the Pensacola Police Department vehicle fleet to electric. Like many environmentally-friendly investments, the chief also cautioned about an up-front “initial sticker-shock price.”

“That presents a challenge, fully electric. So, what you see now is a hybrid electric with the Ford Interceptor. That can work, and has work in several police fleets from where I came from, had several hybrid electrics,” Randall said. “But what you see in the beginning is a substantial increase in initial costs, so your cost-savings are not in the beginning; your cost-savings is five, six, seven years down the road,”

1 thought on “Footprint in the Sand”