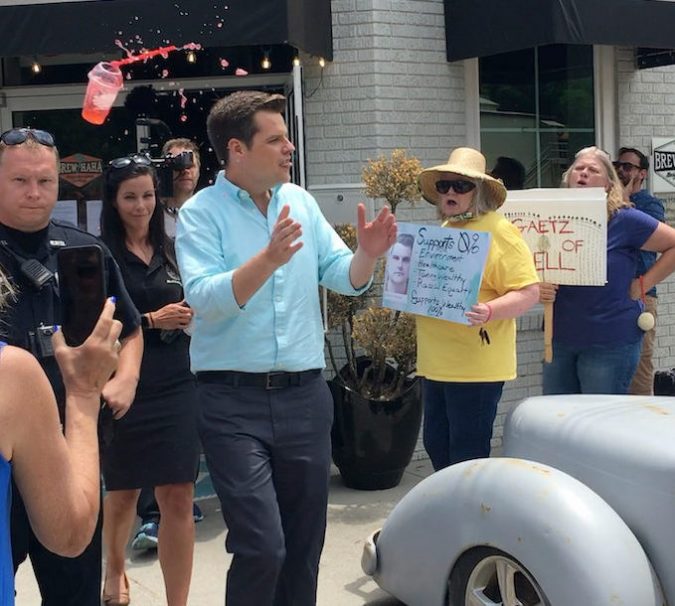 Northwest Florida’s congressman, Matt Gaetz, has taken to Twitter to attack the women who have protested the apparent overturning of the Roe vs. Wade decision by the U.S. Supreme Court.

“How many of the women protesting the overturning of Roe are on meal delivery subscriptions….for one?”

“How many of the women rallying against overturning Roe are over-educated, under-loved millennials who sadly return from protests to a lonely microwave dinner with their cats, and no bumble matches??”

In April 2021, the women in Congressman Gaetz’s issued a written statement supporting their boss after reports that Gaetz was being investigated by the FBI.

“At no time has any one of us experienced or witnessed anything less than the utmost professionalism and respect,” wrote the women.

They added, “In our office and under Congressman Gaetz’s leadership, women are not only respected, but have been encouraged time and time again to grow, achieve more, and ultimately, know our value. Many of us started in entry-level positions and have been promoted to positions of leadership within the office. In our professional ecosystem, women are given every opportunity to advance and utilize our talents to help the country in the best possible way.”

Since then, Gaetz has married, and it looks like he has changed his opinion of single women.