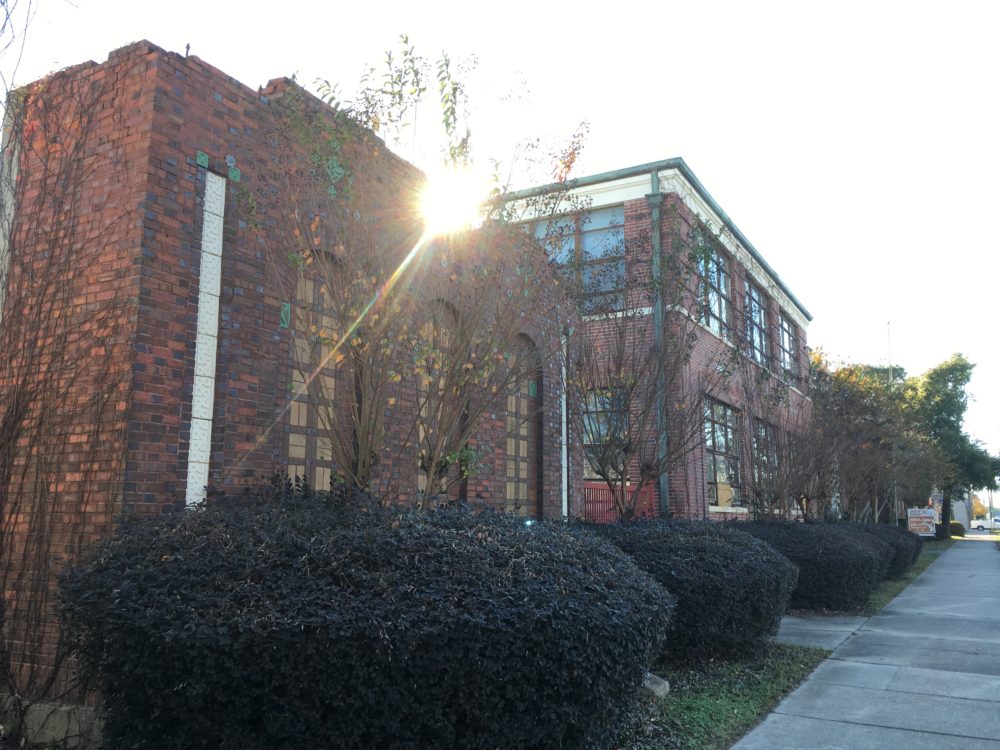 –A quintet of developers eyeing a mixed-use project on West Garden Street contend that an existing structure needs to be demolished for their development to work. The group will appeal again to Pensacola’s Architectural Review Board Wednesday in hopes of seeing a reversal of its previous denial of the demolition.

The structure in question is the old Escambia County School Administration Building, located at 215 W. Garden St. The building was constructed in 1941 and is located in the city’s Governmental Center District, as well as the Palafox Historical Business District.

The developers, operating collectively as Two Hundred Garden West Inc., intend to build a mixed-use development — retail on the lower level, residential up above — on the property, as well as on the adjoining property, 213 W. Garden St. The ARB has granted their request to demolish everything but the school administration building, as well as an arched facade on the adjoining property.

Neither property has been purchased from the school district yet — though a price north of $3 million has been agreed upon — and Reeves said that unless the administration building can be scrapped, the deal could fall apart.

[pullquote]“If we can’t tear the building down, we want to go back to the school board and renegotiate the price, or we just want to walk, one of the two,”- developer Jim Reeves[/pullquote]

“If we can’t tear the building down, we want to go back to the school board and renegotiate the price, or we just want to walk, one of the two,” the developer said.

The problem is, the structure on the site is old, as in historic. And falls within a historic district.

District 6 Pensacola City Councilwoman Ann Hill said she would prefer to see the structure saved and incorporated into a future development.

“Personally, I would like to see the building repurposed and not demolished, as we have done many times before with vacant historic properties,” Hill said. “We would not have thriving small businesses like IHMC, Ruby Slipper, Union House or Perfect Plain had we torn down those buildings.”

While their plans are only conceptual, the developers—along with Reeves, there’s Quint Studer, Steve Simpson, Bill Whitesell, Ed Carson and Adrian Lovell—are envisioning a project that features 280 rental units, 15,000 square feet of retail space and a 500-space parking structure. Something similar to Studer’s Southtowne complex located a few blocks away in the heart of downtown.

Reeves predicts such a project would steer the energy of downtown development westward and also attract additional future development in the area.

“This will open up that west side like you won’t believe, all the way to DeVillers Street, I believe,” he said. “If you can get a really successful project — include the Sun Bank, across the street— moving in that direction, I’m telling you the money will follow.”

Hill agrees that downtown has the appetite for another mixed-use project of the Southtowne variety, but questions whether it’s worth demolishing the school administration building for, which she considers having historic significance. Perhaps, she suggested, the site is more suitable for some other type of development that could incorporate the structure.

“Sure, it may be too costly to convert this particular building into apartments; however, that is not the only option,” she said. “Clearly, we must have a demand for offices downtown, considering the ARB just approved a four-story office complex to be built a few blocks away.”

[pullquote]“Considering how many developers have expressed interest in this property over the past few years, I don’t believe it will sit empty for long.” – Councilwoman Ann Hill[/pullquote]

Hill also doesn’t seem phased by the prospect of the developers walking away from the property.

“Considering how many developers have expressed interest in this property over the past few years, I don’t believe it will sit empty for long,” the councilwoman said, adding that she thought a solution could ultimately bit hit upon. “I believe we can all win here, since the investors are locals with a passion for Pensacola. I believe if the spirit of doing the best thing for our community is at the helm, there is plenty of room on that parcel to build around the historic assets in place.”

But Reeves said he doesn’t consider the school administration building to be of historical significance.

[pullquote]“First of all the building has no history whatsoever.” -Reeves[/pullquote]

“First of all the building has no history whatsoever,” Reeves said, noting that he founded the Pensacola Historic Preservation Board and has fought to keep other local properties, such as the long-demolished San Carlos Hotel, from being torn down. “I have a long, long, long history of preserving historic places, but this makes no sense, it just ruins the project because it’s right in the center of it, you know?”

In November, the ARB rejected the developers’ bid to demolish the school administration building. The vote was a 3-3 split, but Reeves has zeroed in on one particular ARB member as the hold up: Eric Mead. The developer described Mead as “the ringleader” that “just bullies that whole damn board around.”

“There’s one warrior on there,” Reeves said. “When I was in the Marine Corps, my drill instructor on Parris Island said, ‘One sniper in a tree can hold a whole platoon down for days, just one sniper in a tree.’”

Reeves said he’s optimistic about Wednesday’s appeal, since the ARB is likely to have all seven members present for the meeting, thus avoiding a tie.

“I think he’s gonna get outvoted,” the developer said.

If the ARB rejects the request to demolish again, Reeves said the group plans to take the matter before the Pensacola City Council at their December 13 meeting.

[pullquote]“If the developers and the ARB cannot find a common ground, then the citizens will decide for them.”-Hill[/pullquote]

If that happens, Hill will find herself weighing in on this issue in an official capacity. She said she would base her decision on input from her constituents, siting a Facebook poll she recently conducted in which 67 percent of respondents were in favor of saving the structure at 215 W. Garden St.

“If the developers and the ARB cannot find a common ground,” Hill said, “then the citizens will decide for them.”