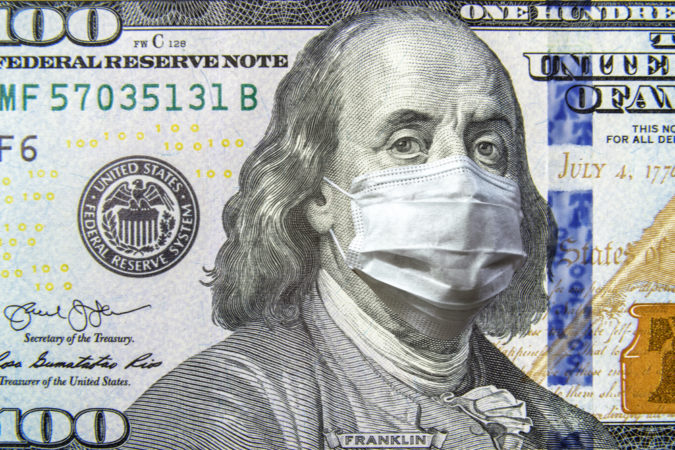 In late March, President Donald Trump signed the Coronavirus Aid, Relief and Economic Security (CARES) act that gave counties funds to deal with the COVID-19 pandemic. Most  Board of County Commissioners in Florida have already approved CARES Act budgets have begun distributing dollars to households and small businesses in their communities.

Not Escambia County, which has received $14.3 million and has another $43 million on the way before the end of the year.

After waiting months for County Administrator Janice Gilley to present a plan to the commissioners, Inweekly last Thursday published its COVID-19 Ballsy Plan, which has been well-received by readers.

Over the weekend, we learned Gilley has given the commissioners a very rough draft of how she wants the money spent. Her plan differs greatly from ours.

Inweekly’s plan puts $9.54 million dollars of the first $14.7 million into the hands of households and small businesses hit hardest by the pandemic and struggling to pay their bills.

Gilley’s plan only distributes $4.3 million to families and small businesses.

Inweekly recommended grants up to $3,400 each to households that earn less than 120% of the area median income for the size of their household. The $4.77 million would be given to non-profits like United Way, Catholic Charities and United Ministries to handle the application process.

Another $4.77 million would go into a Small Business Assistance Fund for grants up to $10,000 each. The University of West Florida Small Business Development Center can administer the program, but the panel shouldn’t be the usual group of bankers they have review applications for SBDC. We would prefer a more diverse and community-minded selection committee similar to the one used by the Studer Community Institute.

The Gilley plan doesn’t state specific grants amounts or break out how much of the $4.3 million with be divided between families and businesses Her income limits are 80% of median household incomes — eliminating a large portion of the community from receiving help.

Her grants for businesses with those with 25 employees or less -“small retail, salons, non-essential businesses, daycares.”

Inweekly places a priority on local small businesses that been shut down, like bars, breweries and music venues, and those with less than 10 employees that have not received any federal or state funds or grants from Gulf Power or other entities.

Again our plan is better defined will have a greater impact on businesses most hurting.

Rather than giving grants to households and small businesses, Gilley wants to use $3.6 million for food delivery, homeless care, childcare vouchers to be processed by Early Learning Coalition.

Our polling found childcare hasn’t been a major concern – at least not on the level of paying rent, utilities and for other necessities. Inweekly takes a less Big Government approach and lets families handle their needs.

The Inweekly Plan also called $4.7 million for more testing, especially testing sites that can provide rapid turnaround on the results. Business owners need a place they can send their employees. First responders also need a location where they are given a priority.

We also would like the county to install infrared temperature scanners in their buildings.

Under General Government – County, Municipalities & Constitutionals. Gilley also wants $1.43 million for her mask-up marketing plan, signage, data collection and reporting, telework, modification to air handling system and permanent safety improvements. Oddly, she doesn’t mention giving any funds to the City of Pensacola or the sheriff, clerk of court or any of the constitutional officers.

Inweekly held off giving out any funds in this category, preferring to get as much money as possible into the hands of families and small businesses immediately and thus have a bigger impact on the local economy.

Inweekly put together its COVID-19 Ballsy Plan in four days. We reviewed the plans on the websites of other Florida counties and interviewed half a dozen people.

Gilley hired Debbie Bowers as her assistant county administrator and sold her to the county commissioners as an expert on economic development. She has been with the county since April 6.  Why wasn’t she assigned the task of developing a CARES Act plan for the county?

A hundred days should have ample time to development –and implement – a plan.