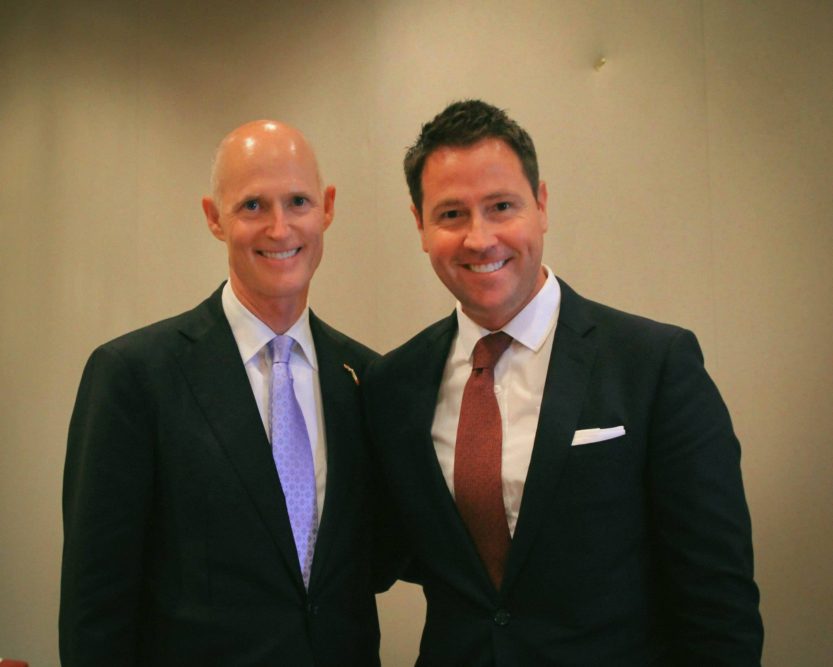 Gov. Rick Scott used his power of line-item veto to cut millions of dollars earmarked by state representatives for their districts. Somehow FloridaWest’s economic development site, The Bluffs, was spared the ax and will receive $3.1 million in funding for site connectivity and infrastructure improvements as part of the 2017-2018 State of Florida budget.

We called and spoke with several politicos in and out of Tallahassee. Pensacola Mayor Ashton Hayward and his phone calls to Gov. Rick Scott in favor of the project may have been the difference maker.

While our local delegation of Senator Doug Broxson, Representatives Frank White and Clay Ingram deserve some credit, many feel that Mayor Hayward’s personal touch and his outspoken support of Enterprise Florida and economic development incentives warded off Scott’s veto pen.

In March, when the Florida House voted to eliminate Enterprise Florida, the Pensacola mayor issued a statement blasting the lawmakers:

“Today in Tallahassee representatives in the Florida House voted for a bill that seeks to end economic diversification efforts in Florida and small business assistance by eliminating the Enterprise Florida economic development organization, Florida’s Small Business Development Center and dozens of economic development programs designed to encourage new jobs and a strong economy.

I am extremely disappointed to learn that 87 representatives voted against the entity that played a key role in bringing over 5,000 jobs to Escambia County. When politicians vote to kill economic development efforts in the state of Florida and take a position that is the polar opposite of what the chamber supports, we need to know what they intend to do to bring the next Navy Federal Credit Union or VT MAE project to our region.”

Gov. Scott’s support for economic incentives didn’t waver. In the special session earlier this month, the state legislature approved $85 million for what is being called the “Florida Job Growth Fund.”