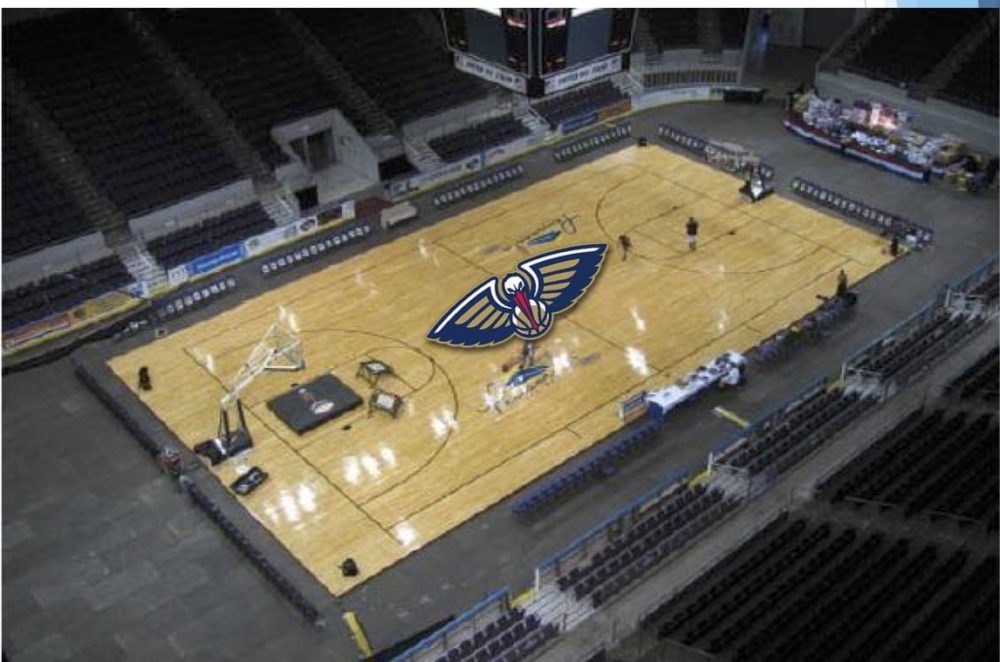 Ray Palmer, president of Pensacola Sports, traveled with Pensacola Mayor Hayward on June 7 to pitch to the New Orleans Pelicans that the city of Pensacola and Escambia County would be the perfect place to host the NBA team’s developmental league affiliate starting in the fall of 2018.

Palmer said the selection team made up of Pelicans’ executives seemed to know a lot about Pensacola and the town’s sports teams, such as the Double-A Pensacola Blue Wahoos and the Ice Flyers.

“They had done their homework. I sensed they would really like to be in Pensacola,” said Palmer, the sports associations leader for 15 years. “I think we are in the hunt.”

The Pensacola Sports president told the selection committee about Pensacola’s sports history and support of sports over the years. He pitched that the Pelicans could be a part of building a new indoor sports complex where the Pelicans’ affiliate team in the NBA Gatorade League could play. Pensacola Sports has had the idea on the drawing board and promoted it since 2015, releasing a feasibility study February 2016.

“It would be a nice time for them to get on board for that,” Palmer said. “It’s something that could make the Pelicans home in Pensacola for years to come.”

The study envisioned a $36.2 million indoor facility with more than 120,000 square feet of indoor courts, meeting rooms and locker rooms that could accommodate a wide range of sport competitions. The Pensacola Bay Center has been pushed as the best possible site of the new facility, and the Escambia County Commission has debated whether to demolish the current civic center or upgrade it.

Crossroads Consulting Services and Convergence Design concluded in its study that sports tournaments could be scheduled 35 to 41 weekends a year, generate about 50,000 hotel-room bookings in the local area and result in a $25 million annual economic impact.

However, Palmer believed the current Bay Center could host the NBA affiliate.

“The Bay Center is more than adequate, if that’s what they want to do,” he said.

She told Inweekly that based on the Pelican’s Request for Proposal, the Pensacola Bay Center did not qualify to handle Pelican’s D-League affiliate.

“There are lots of things the basketball team wants and needs that they’re requesting that we don’t currently have,” said Pennington. She cited as examples the requested laundry facility, office space, and merchandise store.

What if the team waives those requirements?

“It would certainly add activity to the Bay Center and add revenue, but bottom line a lot of things have to happen,” she said. “The county commission has to be on board with doing basketball. There are a lot of hurdles to jump first before a lease can be signed.”

Palmer wasn’t concerned about any hurdles.

Whatever happens, he said local residents should be honored that the New Orleans Pelicans sent a letter to the Pensacola mayor requesting it bid on hosting the affiliate.

“It’s exciting to think that people at that level are reaching out to our community,” Palmer said. “It’s a cool opportunity. There is nobody who wouldn’t love to have them as a partner.”