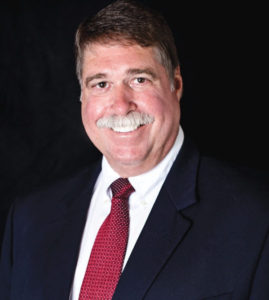 The next interview in the District 2 series is with Jack Nobles. Nobles is a former Pensacola City Councilman—having spent 14 years serving locally—and now he’s shooting for Tallahassee.

IN: Tell me a little about yourself, your background, and why you chose to get into the District 2 race.
NOBLES:  Lifelong Pensacolian, seventh generation. I’m married to Molly, 34 years. Have three daughters. I was in banking for 35 years, my family owned Horizon Bank of Florida. We merged that bank in 1999 with Synovus Corporation, which the local bank here was Bank of Pensacola, and I worked for them, then they moved onto Coastal Bank and Trust, I worked for them for 11 years and retired in 2010. I was a city councilman for 14 years, a banker for 35. And a Rotarian. An NRA member. I go to First Baptist Church, I’m a deacon at First Baptist Church, I’m a Sunday school teacher there.

IN: And why did you decide to enter this race?
NOBLES:  Well, I’ve got the time to do it because I’m retired. And I have the love for the government that I had when I was on the council for 14 years. And I have a desire to go there and try to do something good for the state. I think this state needs some help; we need to do something to attract businesses to Florida. I’ve got friends that live in other states around the Southeast—Mississippi, Alabama, Georgia, South Carolina—all those states give incentives for industry to move there. Industry provides jobs, jobs provide taxes, taxes provide a better quality of life for the citizens of the state and it’s time that we look at what we need to do to attract industry to Florida.

IN: What do you consider the bigger issues in Florida and Northwest Florida, District 2 specifically?
NOBLES:  Oh, I think jobs. Jobs and employment is probably your biggest problem that we have up here. I think that we need to solve that problem. People need jobs. A lot of people have been out of work for a long time and they need help and I think we need to do that. We need to find jobs for people; we need to provide for our people. And I think that goes back to the first question you asked, trying to get industry in here, good paying jobs, where people can make a good wage, have a good standard of living. Because Pensacola and Northwest Florida is the finest place in the country to live. You can go all over this country and you won’t find a better place than Northwest Florida, Pensacola particularly.

IN: Let’s play a word association game, where I say a word and you respond with more than one word.
NOBLES:  Okay.

IN: Guns.
NOBLES:  Guns. I am a pro-gun person. I am a member of the NRA. I believe in the Second Amendment right to bear arms very strongly.

IN: Where do you fall on the bullet-points of the national debate? Do you support background checks, anything along those lines?
NOBLES:  I think it’s deeper than that. I don’t find anything wrong with owning a gun. Let me tell you why. It’s like blaming me—who’s overweight—blaming the fork for me being overweight. It’s not the fork’s fault that I put the food in my mouth. It’s the same way with a gun. A gun is just an instrument. I believe it’s stronger than that, I believe that this country needs mental health counseling and mental health facilities much, much more than what we do now. I think the country as a whole, and Florida in particular, they ignore the fact that there are mental health problems. And years ago years gone by there were mental health hospitals, they’re were mental health facilities. Those have gone by the wayside, and a lot of these terrible things that happen, people know the people that are doing these things and they know there’s a problem there, but they don’t have an outlet.

If somebody’s mentally ill and got mentally ill problems, a jail’s not a place for them. I mean, that’s inhumane. That’s like taking someone who has diabetes to jail. It’s a real issue.

Lakeview Center could only take them a short period of time and then they release them. You’re releasing these people out to the public, and that’s a lot of the problems that we’re having today. We’ve got people that have mental health problems walking around in public because there’s no other place for them.

IN: What about healthcare?
NOBLES:  Be a little more specific because that’s a big, wide subject. You’ve got the Medicaid expansion situation that’s going on in Tallahassee right now, that’s a difficult one. The Senate and the House are both on opposite sides of that issue right now. They’re gonna have to come to a consensus, but—

IN: Where do you fall on that?
NOBLES:  I don’t know to be honest with you right now. It’s like this, I do know this, the federal government if promising, I think, $50 billion to Florida for Medicaid expansion, but, as we all know, the federal government tends to forget about its obligations sometimes and push them down to the state. If they did that to Florida, Florida would go under, because we don’t have the money or the resources to do it. We’d have to increase taxes to do that.

If you believe the federal government will continue to pay for that program, then I would be for it. If the federal government cuts off that program, then Florida couldn’t support it. What I would do if I was over I would accept the money on the condition that it would sunset as soon as the federal government quit funding it. What we would do with the people that were on that program? That would be the dilemma. I wouldn’t know. I mean, we certainly need to take care of our citizens, no doubt about that. But, it’s all about our dollars and cents. When you’re talking about picking up a $50 billion problem for the state of Florida, when our budget’s not much more that than for the whole state, that’s a big bill. And I don’t believe in taxation, I believe we’re well taxed now. It would be a situation where we would have to find the resources, or we would have to go back to the way we are now.

IN: What about gay marriage, or domestic partnership?
NOBLES:  I am against gay marriage. I believe that marriage is between man and a woman. I think that was God’s intention and I think it’s perfectly clear in the Bible, that’s what it says.

IN: Do you think the same rights should be bestowed to same-sex couple as traditionally married couples?
NOBLES:  I believe that every citizen should have the right to the benefits of the government. I don’t necessarily believe it should be tied to marriage. Okay? I think, like I say, that marriage is between a man and a woman. That is what is considered marriage. If the benefits of marriage under state law come to that, then yes it’s between a man and a woman. But we also have benefits that relate to other people as well and I think everyone is entitled to those same benefits.

IN: Well, there are two bills in Florida this year, I don’t think they’ll get a hearing—
NOBLES:  Well, I doubt they will.

IN: You’re talking for medical purposes?
NOBLES:  Medical purposes and that sort of thing. And the decriminalization of marijuana, now, that’s a whole different subject. Okay? Now, do I believe that we need to put people in prison for possession of marijuana in usable amounts? No, I don’t. But we’ve got jails full of ‘em, and I think that’s part of the problem. I don’t see marijuana as a drug that causes crime. Like heroin and meth and all those types of drugs do.

IN: What about RESTORE money? Sen. Gaetz was initially supportive of some of that money coming down to the county level, but he recently made a comment that maybe they couldn’t handle it.
NOBLES:  I was in local government for 14 years. Some of your best government is local government. Local government knows its people and their needs much better than Tallahassee and Washington do. I believe that we elect officials in the county and local government, and they represent us well. I think they should make the decision. Naturally, Tallahassee has to make certain decisions on where the money goes and who it appropriately is, but I don’t have any doubt in my mind that our local government could spend that money and use it wisely to restore Northwest Florida the best that they could. They live with it everyday, Tallahassee reads about it.

IN: Sen. Evers and Rep. Broxson, two different years, floated the idea of drilling in Blackwater. What do you think about that?
NOBLES:  That is a subject that I’m not that familiar with to be honest with you, I’d have to be enlightened. I don’t know whether that is a good idea or not. I highly respect Sen. Evers and Rep. Broxson, both of ’em, I think, are an excellent senator and representative. If they believe that that’s the right thing to do then I would want to hear what they have to say.

IN: How do you think this area would benefit if you were elected?
NOBLES:  Well, like I say, I’ve lived here my whole life, and my parents have lived here their whole life, my children are here—well, one of my children is here—and my grandchildren are here. We know the needs of people in Pensacola. And I’ve served in local politics for 14 years. I know what we need here. I know what the shortcomings and the strong points are here and I believe that I could help us grow this area economically and also environmentally.