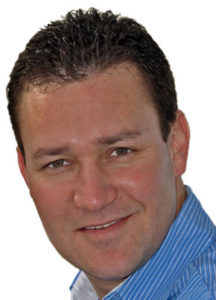 The second installment of the IN’s extended District 2 interviews features the field’s youngest candidate, Mark Taylor. He is a local businessman and was recently appointed to the Community Maritime Park Board of Trustees.

IN:  Tell me a little bit about yourself, your history, and why you got involved with this District 2 race?
TAYLOR:  Okay. I’m a 32-year-old businessman, and Christian missionary. Politics, for the last few years, have been on my heart. I just haven’t had the peace about running. I used to travel all over the world, doing missionary work, and a lot locally, but in 2010 got married, and had a baby nine months and six days later and we have a second baby on the way now and I just can’t take off across the globe after tsunamis and other volunteer type stuff, but still have that big void, that hole in my heart, to serve, public service, and I would just be honored to serve the people of Pensacola and Northwest Florida over in Tallahassee and so, like I said, I’ve considered public office before, but just never had that peace about it. And both my wife and I have the peace about running in this election. We’re gonna follow God’s direction to do the best we can.

IN:  What would you hope to accomplish?
TAYLOR:  I think, as we’ve seen in a lot of races over the last few years, people are tired of the status quo, they’re tired of same folks that have done the same stuff and so forth. I just want to breathe some fresh life into that.

I’m a very hard worker. I’ve started a lot of businesses, I’ve done missionary work in over 30 countries, I’ve led hundreds and thousands of volunteers in extremely worthwhile efforts and endeavors and I want to bring that home to Northwest Florida, that work ethic. No one will out work me.

Also, my youth is good. Being 32, this position, this special election, doesn’t count toward your eight-year term limit. So if the people of Northwest Florida are happy with me and I continue to be elected, I would have a very strong chance of being Speaker of the House and really bring some serious influence to this area.

As we all know, the Panhandle seems to get a much lesser share of state funding of and state attention compared to South Florida and Central Florida. And having a Speaker of the House or a well-liked and hard-working representative over there, I think will change that. We saw that, having Senator Gaetz as the president right now, even though he’s not our senator anymore, he’s still very familiar with us and, you know, the no-toll on the three-mile bridge was just a hug win for our area. So, to have that kind of influence over there would be monstrous, and I would be that person for Northwest Florida.

I think my personality—I’m a very extreme optimistic, I get along with everybody, and can work together to work across party lines when needed and can get things done, be helpful to our community.

IN: What would you consider some of the bigger issues facing Florida, Northwest Florida specifically?
TAYLOR:  As always—as long as I’ve been alive, born and raised, sixth-generation Pensacolian—Escambia County has been one of the poorest counties in the entire state. And the focus, our three main points, which are jobs, education and public safety are direct contributors to being the poorest, one of the poorest counties, in all of the state.

When we can fix that—as you know, I’m the guy that’s been pushing hard for the Kittyhawk, which would be a huge regional economic win for our area—and I’m tired of seeing fights over lines, just because there’s the bay and we go from Escambia County to Santa Rosa, or the black trash cans or green trash cans in the county. We’ve gotta get over ourselves on that, we’ve gotta work together as a community to have true regional wins. As we watch Mobile progress with so many great jobs. Mobile, they even have a state income tax and yet they’re still killing us on all this stuff. Florida has no state-income tax. We’ve gotta work together to woo these companies to get down here. And I would certainly be the chief spokesperson, very vocal, about how great the Panhandle is. Like I said, I’m a sixth generation Pensacolian, I’ve been here a long time and I’m not going anywhere. I’m a huge proponent of this area and I believe highly in our citizens—amazing people here.

IN: I’m gonna say a word—kind of like a word association game, except for that you can elaborate.
TAYLOR:  Okay.

IN:  Guns.
TAYLOR:  I’m a huge proponent of Second Amendment rights and I do believe that we should have access to guns as the Constitution provides.

IN: What about domestic partnership? Do you see a need for any call for allowing for things such as hospital visitations, inheritance rights, things like that?
TAYLOR:  Personally, my Christian values would not allow me to vote in favor of that.

IN: Citizens Insurance?
TAYLOR:  On Citizens, I strongly believe that Floridian’s deserve access to affordable property insurance.  I believe that a mixture of deregulating some aspects to attract insurer’s into the state, and allowing the naturally “competitive” nature of business to drive the prices lower with increased competition, and then once that is working to continue to decrease the size of Citizen’s and by doing so taking the Florida tax payer off the hook for the 1.5—plus or minus— million risks that Citizen’s currently insures.

IN: Marijuana.
TAYLOR:  Marijuana? I’ve never smoked marijuana before in my life, I’ve never done any kind of illegal drug, substance, and I do believe that—

IN: It’s not an inquisition. I’m just asking, what are your thoughts on legalization? Medicalization?
TAYLOR:  Yeah, I think if there’s a medically accepted reason I would personally consider supporting that. But, certainly not in any other capacity.

I agree with the way it’s set up right now. I do know there’s the sales tax, that’s a whole different pot of money. But again, I don’t have any big problem with the state, because I’m a big proponent of regional development. And so it would hurt my feelings for the state to have more control over the state income tax part of it … that would be okay, in my opinion, to mandated by the state, but only in these seven affected counties. Because I would love to see something like the Kittyhawk, a good regional project, get funding like that. But no, I agree the civil, with the actual RESTORE, the civil part of that should come here.

IN: How do you think this area would be different, or the Florida legislature would be different with you in the House?
TAYLOR:  Oh, man, I believe that Pensacola and Northwest Florida would be on the top of the list for a lot of things. I pride myself on my workmanship and my commitment to the area and my commitment to the people. And working with the other legislators to keep Northwest Florida at the top of things, these are amazing people, we’re very different than the rest of the state. What works in Miami-Dade County doesn’t work in Escambia and Santa Rosa counties, that’s two totally different things. And I think legislators have got to realize that a one-size-fits-all bill isn’t always in the best interest of the entire state of Florida.

IN: Lastly, Sen. Evers and Rep. Broxson both explored drilling for oil on public lands, specifically in Blackwater River State Forest.
TAYLOR:  Yeah, at this point I could not support that. With the research that I have looked into—we have enough private land out there and if the oil companies are wanting to go after something, I would not want to see our state land tarnished.
I have a two-year-old boy and another son on the way, and I don’t want my name associated with something of them not enjoying the same wildlife and nature and beauty that I’ve enjoyed as a child and as an adult.