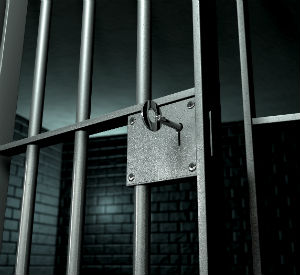 Saying that reform must happen, a Florida House panel on Tuesday pushed forward a plan aimed at increasing oversight of the state’s troubled prison system but stopped short of endorsing an independent commission included in the Senate’s corrections overhaul.

The House Justice Appropriations Subcommittee approved the measure (HB 7131) in a 13-2 vote, with two Democrats objecting that the legislation does not go far enough to quash inmate abuse and cover-ups first exposed last summer.

The panel also signed off on a separate bill (HB 7113) intended to steer mentally ill people into diversion programs or other services instead of putting them behind bars. Department of Corrections Secretary Julie Jones, whose appointment received preliminary approval from a Senate committee earlier Tuesday, has maintained that many of her agency’s problems are rooted in a skyrocketing number of mentally ill inmates.

The Senate’s plan, approved by the full chamber last week, would create a nine-member, governor-appointed panel that would have broad investigatory powers and essentially take over the job now performed by the agency’s inspector general, who answers to Gov. Rick Scott’s chief inspector general.

Calling his bill “a work in progress,” Trujillo did not rule out a commission but said lawmakers would be abdicating their responsibility by approving such a panel.

“One thing we won’t accept is just passing this problem onto somebody else,” Trujillo, R-Miami.

Establishing five regions — a revival of the same number of regional divisions once employed by the corrections agency decades ago — would introduce “more eyes, more bodies, more people, more boots on the ground,” Trujillo told reporters after the meeting.

“Part of the problem is you have to attack the culture,” Trujillo, a lawyer, said. “In some facilities there’s this camaraderie and this culture of, ‘This is our house and you people just have to live by whatever rules we pass,’ whether they conform with the laws of morals and ethics of everything we live by in society. That’s what has to stop.”

The House and Senate plans come in response to widespread reports about problems and abuse in the prison system. Those reports have included allegations about cover-ups involving inmate deaths, complaints from inspectors who say they faced retaliation for exposing cover-ups and complaints from guards and others about a culture of intimidation against whistleblowers.

Last week, an FBI investigation resulted in the arrest of two prison guards and one former prison worker who were allegedly members of the Ku Klux Klan. They were accused of plotting to kill an ex-inmate after he was released from a rural North Florida institution.

“It’s structurally broken. It’s not a crisis situation. It’s much worse than that,” DeFoor, a former judge and sheriff, said.

Jones, who objects to the commission as “another layer of bureaucracy,” said she supports the House’s decentralization.

“With as many facilities as we have, it’s important to have additional supervision that answers to Tallahassee, and a smaller span of control for those regional directors is going to be very helpful in the accountability piece,” Jones said Tuesday afternoon.

Jones, like her six predecessors in the past decade, is well-intended, DeFoor said.

“You can’t lift a car with good intentions. You have to have a posse. You need people to do it,” he said.

—-
We interview Allison Defoor on Pensacola Speaks a few week ago about prison reform: