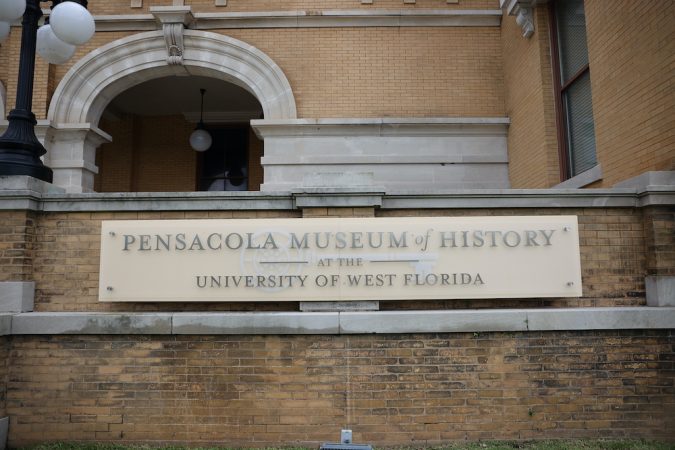 Her mother’s sister, Helen, married Wentworth’s eldest son, Warren. Yancey has been president of the T.T. Wentworth Jr. Foundation for over 20 years.

“Since I came into the world, it was Aunt Helen and Uncle Warren,” she shared in a telephone interview. “My mother was born in Pensacola, married a U.S. military guy, and I grew up abroad all over the world. When my dad decided to retire, we moved permanently to Pensacola when I was in the seventh grade.”

Yancey saw the elder Wentworth at family functions. She shared, “He started becoming more part of the extended family when his wife Rosabel died, and Aunt Helen and Uncle Warren were the only ones living in Pensacola.”

Her aunt and uncle brought him to family gatherings. She remembered seeing Wentworth when she drove from Atlanta to fix Thanksgiving dinner for the family.

“It’s where the food was, so that’s where T.T. was,” she said. “And he was standing in the front yard the last time I saw him, telling stories. And I thought, ‘Man, gosh, how cool is this? T.T. Wentworth, Mr. History.’ And then to have that newspaper article drop, I was, “Boy, who the devil are you?’”

The article was the one published by the daily newspaper regarding Garner’s letter to the city council. Yancey admitted, “I’m still working on it, to tell you the truth, but we’ll get there.”

She added, “How do you reconcile those two people? It’s total cognitive dissonance. I really go back to stages of grief. I think the family is re-entering the first phase of shock because of the report. And then I’m somewhere in the middle, in the angry phase.”

Yancey was shocked to read about Wentworth’s Klan connection when the PNJ article came out in July 2020: “I’ve been the president of this foundation for 20-something years. And I didn’t know, and if I had known, I wouldn’t have been since I’m a minister, and that is antithetical for everything I stand for. Mostly, I would have sat down with my Aunt Helen and said, ‘What?’”

She called serving on the advisory “almost healing” but she felt the members didn’t know who to deal with her at first.

Later she explained further:  “The emotions about the Klan thing that appears in the paper overnight one summer July morning—there’s a lot of feelings about that for the family, but we’ve worked through that. We decided this is the process we’re going to pursue, and if we do this well, this could be the real legacy of the Wentworth family.”

When Wentworth’s name was taken off the museum on June 30, she said it was a “very hard day” for the family, putting them back into the grief process. Later, the family had a meeting about Dr. Wells’ report with Lynne Robertson that lasted three and a half hours.

“She was with T.T. the day they started moving things out of the old museum and has been a trusted board member for years,” Yancey said. “The family identified three things that they really wanted to investigate further. They really were adamant that the report needed more work, that the excavation needed to go deeper.”

In the end, she told me,“We think the report is just the tip of the iceberg, but, at least, we’ve started. We hope this will help heal Pensacola.”