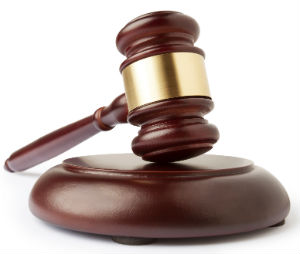 Just days before lawmakers go into a special session to redraw Senate lines, a federal judge this week tossed out a challenge to the way Florida has carried out redistricting standards approved by voters in 2010.

Chief U.S. District Judge M. Casey Rodgers rejected arguments by Republican Party leaders from Walton and Pasco counties who contended that their First Amendment rights are being violated amid long-running legal and political battles about Senate and congressional maps.

Voting-rights groups have used the “Fair Districts” standards, which are aimed at preventing gerrymandering, to successfully fight maps approved by lawmakers in 2012.

Among other things, the legal battles have forced political operatives to testify and provide other information about their behind-the-scenes activities during the 2012 redistricting process. Also, it spurred legislative leaders to issue a memo that sought to rein in the influence of outside interests as lawmakers have struggled to draw new districts to comply with the standards.

But Rodgers, who is based in Pensacola, issued a 16-page ruling Tuesday that flatly rejected the First Amendment objections raised by Walton County Republican Chairman Tim Norris and Pasco County Republican Chairman Randy Maggard. Norris and Maggard contended that they are engaging in “self-censorship” about redistricting because they are worried about becoming embroiled in legal cases, the judge wrote.

“The problem with plaintiffs’ position is that they have not shown that their speech or conduct is prohibited or even ‘arguably forbidden’ by the Fair Districts amendments on their face or as applied,” Rodgers wrote. “The challenged clauses (of Fair Districts) are directed at the Florida Legislature, no one else. Moreover, neither the Florida Supreme Court’s interpretation of the amendments nor the legislative memo addresses citizen speech, places any limits on citizen political speech or erects any barriers to citizens’ access to their legislators.”

Rodgers’ ruling came as the House and Senate prepare to start a special session Monday to try to redraw Senate districts. The Legislature agreed to craft new lines as part of a deal to settle a lawsuit that challenged the current Senate map.

Lawmakers also held a special session in August to try to redraw congressional districts, after a Florida Supreme Court ruling that the current map violates the Fair Districts standards. Lawmakers could not reach agreement on a plan, which led last week to Leon County Circuit Judge Terry Lewis recommending redrawn districts to the Supreme Court.

The lawsuit filed in August by Norris and Maggard is similar to another pending case filed by state Rep. Mike Hill, R-Pensacola Beach, Republican and Democratic activists and a group called the Conservative Coalition for Free Speech and Association.

In the Norris and Maggard case, Rodgers wrote that they “assert that, as interpreted by the Florida Supreme Court and implemented by the Legislature through the legislative memo, which plaintiffs refer to as a ‘gag memo,’ the first clause of Florida’s Fair Districts amendments chills their First Amendment rights to free speech and to petition their government for redress, and is also unconstitutionally vague.”

But along with rejecting those arguments, Rodgers wrote that the lawsuit should be dismissed because of a lack of legal “standing.” That is because the case named Secretary of State Ken Detzner, the chief elections officer, as the defendant. Rodgers wrote that the plaintiffs “have not alleged or demonstrated an injury traceable to any act of the secretary.”

“The secretary did not draft or adopt the (Fair Districts) amendments, and the secretary’s role in their adoption was limited to the ministerial task of including the amendments on the ballot,” Rodgers wrote. “There is no allegation that the secretary has taken any steps to restrict partisan citizen speech or has threatened penalties against citizens for partisan speech related to redistricting.”