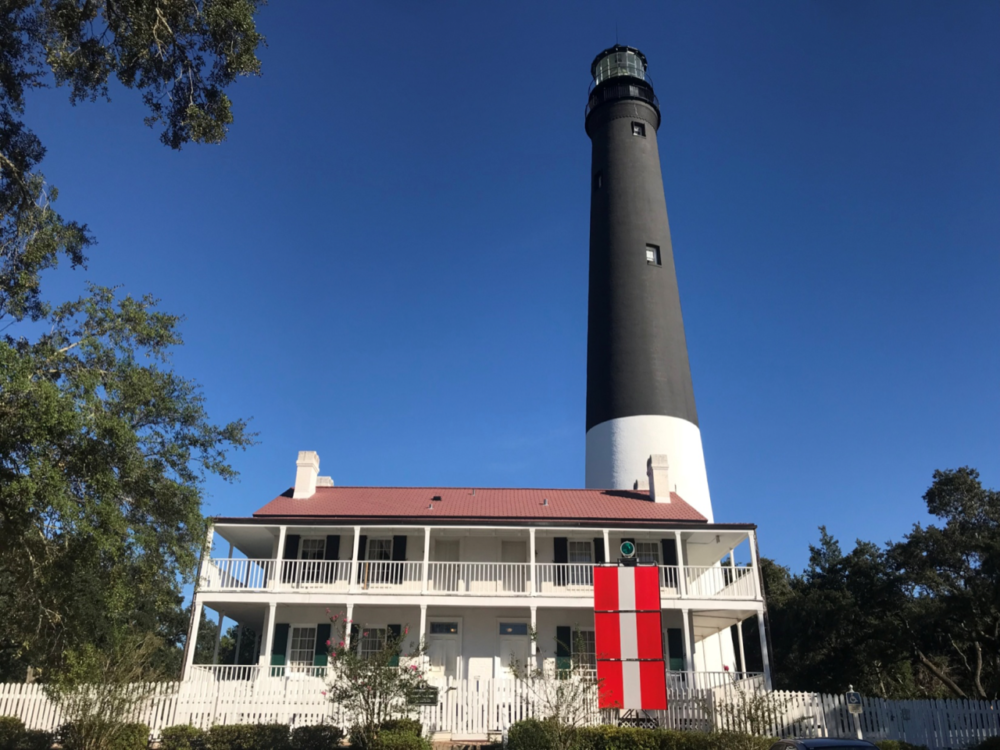 The Pensacola Lighthouse and Museum celebrated 160 years of serving the Pensacola Bay area this past weekend. This year marks the 160th anniversary of the first time the Lighthouses’ historic First Order Fresnel Lens was lit.

The festivities came on the heels of a monumental four-year multimillion-dollar restoration effort by the organization.

“We are excited to see the end of the largest historic restoration effort in Pensacola’s history, “said Jon Hill, executive director of the Lighthouse. “All the work was completed without the benefit of federal dollars, rather, it was completed entirely through earned income, donations, and grants from organizations such as Pensacola Bay Area Impact 100, Florida Lighthouse Association and Florida Department of Historic Resources.”

He singled out Impact 100, “None of this would have been possible without the ladies of Impact, and the over 130,000 visitors we have annually. To a person, they all love this Lighthouse and have a vested interest in its continued success and accessibility.”

The current Lighthouse is the second Lighthouse in Pensacola. The first US Lighthouse in Florida was established in Pensacola in 1824 and was constructed by Winslow Lewis. Almost immediately that light was deemed, “insufficient, too short, and light not bright enough,” by sea captains working in the area.

In response to the people’s outcry, Congress appropriated $55,000 for the current lighthouse, and in 1856 construction began. By 1858, construction was completed, and on January 1, 1859, the Fresnel lens was lit for the first time.

Since that time, the Lighthouse has suffered damage from cannon fire, two lightning strikes, a duck attack, and the Great Charleston earthquake of 1886. Despite these affronts, the lighthouse continued to persevere and light the way for those working the seas around Pensacola.

In 1965, the station was automated and no longer manned by the Coast Guard. After 1965, the Light continued to shine, but the historic buildings were left to decline, and in 1991 were slated for demolition.

In 1991, Emitt Hatten and Richard Callaway, Navy cultural resource officer, led an effort to save the associated structures, and to found an organization to care for and restore the Lighthouse.

The Pensacola Lighthouse Association was founded in 2006 by Dianne Levi and Richard Callaway with the intent of restoring the Lighthouse and getting it opened to the public. Since that time, the Lighthouse has grown to one of the most visited historic attractions in Florida and was recognized by Governor Scott in 2014 with the Innovator in Tourism Award beating out such destinations as Disney.

In 2014, restoration of the tower and associated buildings were kicked off with a generous grant from the Pensacola Bay Area Impact 100. Work has continued relentlessly over the past five years, and is now near completion with the restoration of the Fresnel Lens, again funded by Impact.

“Throughout our success, growth, and development the mission has remained our focus,” Hill said. “We have preserved this unique site, and now our focus is to ensure continued accessibility, sustainability and become a center for education, with a particular focus on early education.”