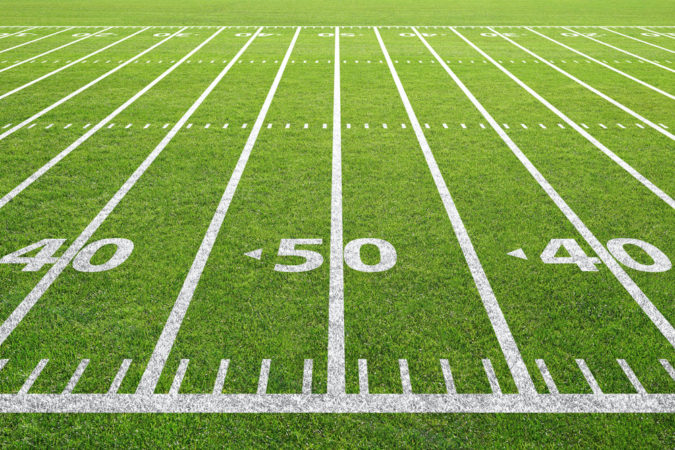 Brandon Silvers has traded the Emerald Coast for the Emerald City. The Pensacola-born, former Troy University quarterback started for the Seattle Dragons in the inaugural game of the XFL season Saturday.

In addition to being named the first starter in Dragons’ history in the first game in the first season of the revamped league, Silvers added to his list of firsts by throwing the first touchdown pass of the season. He hit Austin Proehl with a 14-yard strike for one of his three scoring passes.

Silvers finished the game, completing 21-of-40 passes for 217 yards.. Seattle coach, and Seahawks’ legend, Jim Zorn selected Silvers as the starter over B.J. Daniel, a University of South Florida product who played high school football at Tallahassee Lincoln. Daniel finished the game at D.C. after Silvers went down with an ankle injury with two minutes left. The Dragons fell to the D.C. Defenders, 31-19 at Audi Field in the nation’s capital.

Starting games as a quarterback is nothing new for Silvers. After starring at Gulf Shores High School, he signed with Troy and started for four seasons and ranks second in the Trojans’ record book with 10,684 yards passing. He also ranks third all-time at Troy with 71 touchdown passes. Silvers also completed 64.4 percent of his career passes, amassing a 135.8 quarterback rating.

The biggest win in his collegiate career was in 2017 when he led the Trojans’ 24-21 win at LSU. Bayou Bengals’ head coach, Ed Orgeron, mentioned that game as the turning point of his program that culminated in LSU winning the national title last month.

“It’s pretty cool he (Orgeron) is still talking about that game two years later,” Silvers said. “It’s something I will never forget.”

After that game, Silvers and the Trojans garnered national attention. Silvers even got a congratulatory text message from a man whom he had met at the prestigious Manning Passing Academy, Archie Manning.

“After the LSU game, he took the time to shoot me a text,” Silvers said. “He also texted me after one of my games in Memphis (in the defunct Alliance of America Football.)”

Silvers was fortunate to play for two great coaches at Troy. His freshman year, he started for Larry Blakeney, who ranks fourth in all-time wins among Alabama college coaches only behind Bear Bryant, Shug Jordan and Cleve Abbott of Tuskegee. His second season was the first for Neal Brown at the helm of the Trojans. Brown is now the head coach at West Virginia.

Silvers’ senior season was his best, earning all-Sun Belt Conference honors as the Trojans finished 11-2, including the win over LSU.
During his career at Troy, he led the Trojans to a pair of postseason wins, one in the Dollar General Bowl and the other in the New Orleans Bowl where he was named the game’s most valuable player.

In the Dollar General Bowl, the Trojans first under Brown, Troy beat Ohio, 28-23. Silvers was 24-of-41 passing for 235 yards and a touchdown.
As the Sun Belt champs in 2017, the Trojans earned a trip to the New Orleans Bowl and used a huge second half to beat North Texas, 50-30.

Silvers completed 24-of-31 for 305 yards and four touchdowns. Damion Willis, now with the Cincinnati Bengals, caught 11 of those passes and scored twice. Just for good measure, Silvers ran for a touchdown and threw for a two-point conversion.

He earned an invitation to the Senior Bowl, and though undrafted, he was offered a chance to go to training camp with the New Orleans Saints. He ended up in rookie camp with the Philadelphia Eagles but failed to make the final roster.

Silvers was on the Memphis roster in the AAF with some “bigger” names on the quarterback depth chart. He was competing for playing time with Christian Hackenberg from Penn State and Zach Mettenberger of LSU. The Express even signed former Heisman Trophy winner Johnny Manziel midseason.

Silvers bided his time and eventually became the starter leading the Express over the Birmingham Iron, led by former Escambia High and Alabama star, Trent Richardson, in his first start.

Unfortunately, as he was hitting his stride in Memphis, the league folded. But Silvers made a strong impression and was signed by the New York Jets. Again, he was released.

Now it is his time to play

The XFL allocated one quarterback to each of the eight teams before its inaugural draft. Silvers was the first to go, heading to Seattle, and he was selected before other, more well-known names.

Silvers’ winding start to his professional career has a familiar ring to it. Another quarterback from a smaller school, bounced in and out of NFL camps before settling in the Arena Football League. He then got another shot in the big time and made the most of the opportunity.

Kurt Warner finished his college career at Northern Iowa, went to camp with the Green Bay Packers and even played with the Amsterdam Admirals in NFL Europe before he ended up playing indoor football with the Iowa Barnstormers.

He eventually arrived with the St. Louis Rams, where he won a Super Bowl MVP and played with the New York Giants and Arizona Cardinals in his hall-of-fame career.

The XFL will play a ten-week regular season with all games being televised on ABC, ESPN, ESPN2, Fox Sports, or the Fox Sports Network. The title game is set for Sunday, April 26, and will be aired on ESPN.

Although Silvers’ career has taken him all over the map, he still calls the area home. His residence is listed as Orange Beach, but he was born at Sacred Heart Hospital and often visits Pensacola.

“I used to go the Ice Pilots’ games,” Silvers said. “And a couple of years ago, I was able to make it to a Blue Wahoos’ game in that cool stadium.”

Silvers gets to play his home games in a pretty cool stadium with the Dragons. They will play in CenturyLink Field, home of the Seahawks.
And speaking of cool, Silvers has a pretty cool city as a temporary home.

“We are literally right in the middle of downtown Seattle,” Silvers said. “It’s like Gallery Night here every night.”

Silvers gets to stay in Seattle this week as the Dragons host Tampa Bay 4 p.m. Saturday, Feb. 15, in a game televised by Fox Sports.