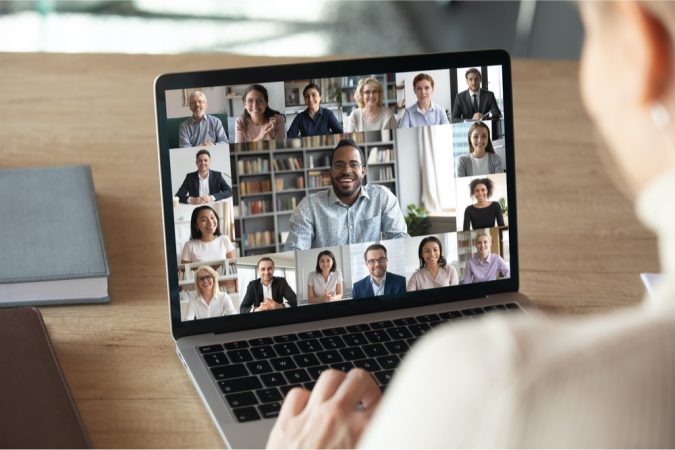 Mayor Grover Robinson opened a Q & A forum on Facebook Wednesday by relaying that the area was experiencing a “fairly significant rise this week” in COVID hospitalizations. He ticked off hospitalization numbers from the week, which on Wednesday had risen to 268.

Included in the rising COVID numbers over the holiday season was the mayor himself, as he and his wife caught the virus from his son, and questions about how he has weathered the experience were among those posed by commenters on the Facebook Live forum.

“I feel fine. I feel very fortunate,” Robinson said. “I felt fine during most of my exposure to COVID.”

The mayor noted how he knew others who had contracted the virus and suffered few symptoms but also knew people who had gone into the hospital because of COVID.

“It affects people in such different ways,” he said. “I think that’s been the hardest part to understand.”

A bulk of the questions asked of the mayor centered on the availability and roll-out logistics of a vaccine for the coronavirus. Robinson explained that the city was not playing a direct role in the vaccinations — the health department and hospitals are handling that — but that he had made it known that city properties were available if needed.

“We’ve made the Florida Department of Health aware of all of the assets we have,” Robinson said.

However, securing locations to dispense the vaccine is not an issue, as a limited amount of vaccine doses are yet available. On this front, the mayor urged patience from the local community.

“The biggest strain at this time is the supply of vaccines,” the mayor said, adding that he was confident that additional vaccines, as well as additional vaccine sites, would materialize soon. “We can’t give everyone a vaccine tomorrow, but we ask that you work with us, be patient with us.”

Mentioning that Gov. Ron DeSantis had visited the local area earlier in the day, Mayor Robinson also said the city and other local governments would be requesting the governor to ensure Northwest Florida gets its share of the state’s supply of vaccine and also that a dedicated vaccine-dispensing site — similar to the drive-up COVID testing site set up on the University of West Florida campus during the summer — be established in the region.

“We certainly need to make sure that our share of the state’s vaccines makes it over here,” Robinson said.

The mayor said he thought that the vaccine would become readily available to anyone wanting one by the end of the first quarter of the year. In the meantime, he encouraged everyone to continue wearing masks and practicing social distancing — measures that have faded a bit as the state has prevented local governments from actually enforcing any such measures.

“I understand the challenge, and people don’t like doing it,” Robinson said. “It’s not about your health; it’s about community health and what we all need.”

1 thought on “Mayor: ‘We need to secure our share of the vaccine’”