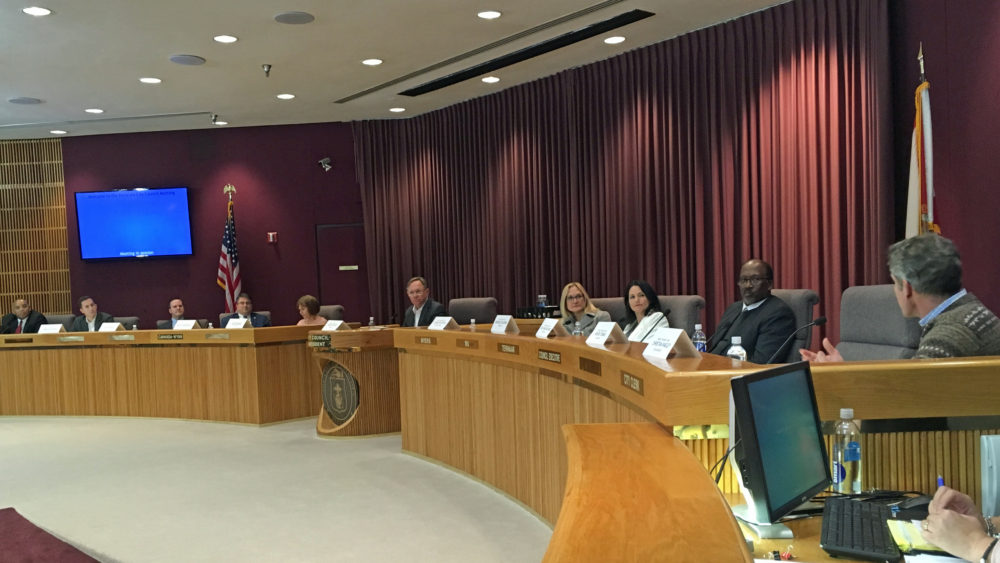 –Pensacola’s new mayor got to work little more than an hour after being sworn in. As one of his first official acts, Mayor Grover Robinson convened the first meeting of his transition team.

Robinson has charged the team with assessing Pensacola’s government and taking an in depth read on the city’s pulse. He is asking members to determine the community’s needs and how city government can best address those needs.

The 12-member team is being chaired by local businessman and philanthropist Quint Studer, and assisted pro bono by a group of employees from the Studer Community Institute. Each team member has been assigned a specific category of concentration — such as economic development, the environment or education — and will be holding their own respective public meetings. For guidance they are looking to mayoral transitions in other cities, specifically Long Beach, Calif., and Birmingham, Ala., and studying the “Transition Manual for Newly Elected Mayors” from the Harvard University John F. Kennedy School of Government. In the end, the team will produce a report outlying the best paths forward on each front.

“I hope to get this report done sooner than 90 days,” Studer said, pointing towards a March 1 deadline for the team to complete its work.

Tuesday’s initial meeting for the transition team consisted of providing members a primer on operating within the bounds of Florida’s Sunshine Law, which ensures a public body conducts its business within public view, as well as summarizing the purview of each team member and outlining expectations.

At the onset of the meeting, Studer laid out five guiding principles for the team to follow. 1. “We need to be fact based.” 2. “Do not be quick to judge.” 3. “Don’t judge the present by the past.” 4. “Take time to do your homework.” 5. “Be cautious on social media and stay on the high road.”

Studer also requested that members get as much public input on their respective subject matter as possible, and noted that the categories shouldn’t be expected to encompass everything the team will encounter.

“We know this is just a start,” Studer said. “We know we’re missing some things. We know some things are going to fall in the middle.”

To get the ball rolling, each team member spoke for a few minutes about how they viewed their categories. They talked about engaging neighborhood associations, about creating a more transparent and accessible atmosphere at city hall, about the city’s economic strengths and weaknesses and its environmental concerns, about the need for more sidewalks and street lights, and so forth.

The public also had an opportunity to speak with the transition team as it embarked on its journey. Taking their turns at the public microphone, people asked that the team consult with neighborhood associations and existing city committees; they expressed concerns about issues ranging from mass transit to vocational training to juvenile incarceration; they requested the team hold after-hour meetings away from the confines of city hall; they noted how it’d be nice to splash the city with more art and color.

“I want to make sure that when you enter a room and everyone looks like you, you are bold enough to walk out of this room and say ‘this is not ok,’” Reshard said. “And then walk back into that room and say, ‘we need to work on this.’”

Studer said that the decision to not have a diversity-specific assignment was purposeful, as the issue would be intertwined with any given category: “We believe it should be integrated into everything.”

Mayor Robinson’s next transition team meeting is scheduled for Dec. 4. By then, the team plans to have a skeletal outline of their eventual report mapped out. To connect and communicate with the team during the course of its work, people can visit its dedicated website at transitionpensacola.com.