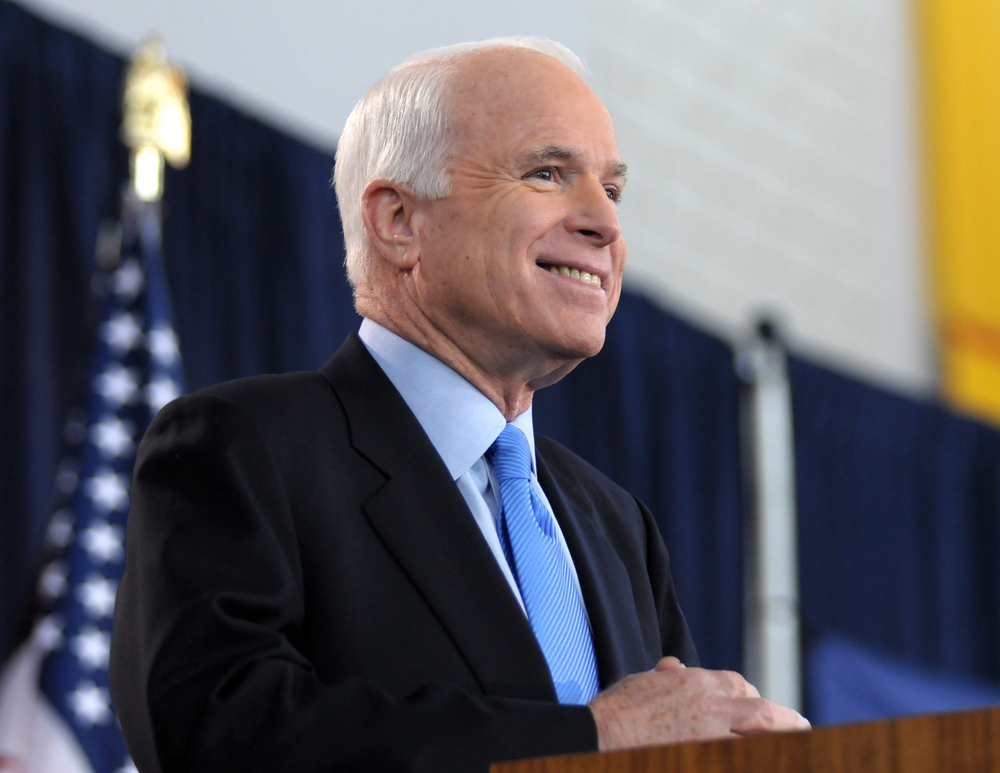 One of my favorite people in Pensacola is Nancy Fetterman, widow of Adm. Jack Fetterman. Nancy and Jack were close to Sen. John McCain. She shared this story about the late senator.

When her husband passed in 2006, Nancy took on his cause of building a maritime museum at the Community Maritime Park. She had already recruited New Orleans Saints owner Tom Benson and U.S. Sen. Bill Nelson to serve on its board and wanted to have Sen. McCain as an honorary chairman.

A few months after Jack died, she stopped by Sen. McCain’s office on a visit to Washington. She stayed there for waiting for him to leave Senate floor.

“I stayed in there for a couple of hours, and John was still on the floor,” remembered Nancy. “I thought, ‘You know, I have to go to a meeting now. I can’t stay.’ So I started walking out of the office.”

She continued, “I walked out of his office, down the hall and out the door, and all of a sudden, I saw John walking toward me. He said, ‘Nancy, what the hell are you doing here?’ And I said, ‘Hi, John. I’m here to ask a favor of you.” And he said, ‘Yes.’”

Nancy added, “I thought that was the sweetest thing. I just started crying. I said, ‘Oh, thank you so much, John.’ He hustled me back into his office and asked me what it was all about. That’s how he became an honorary chairman of the maritime museum.”