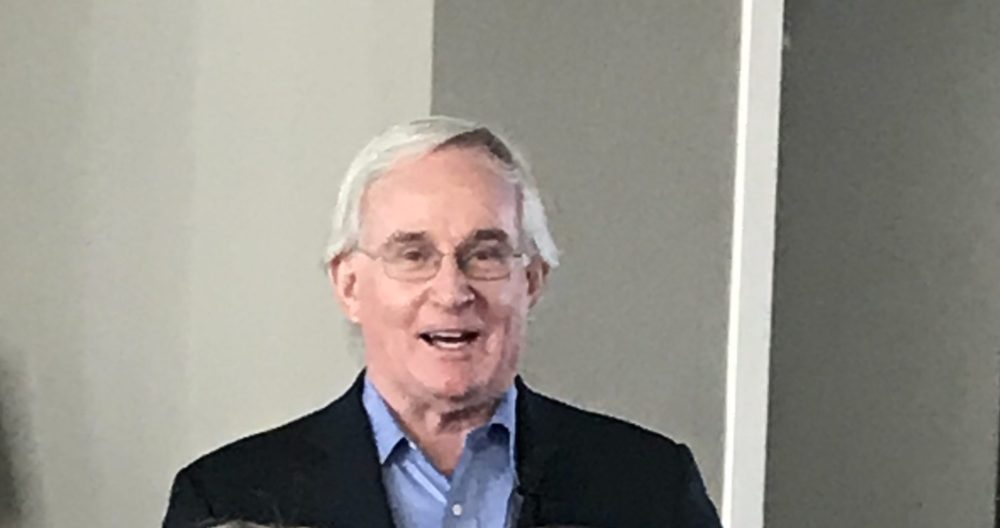 Former Pittsburgh Mayor Tom Murphy this morning spoke to a group about sixty community leaders about how Pensacola needs to determine how it fits in the world. He said he believed Pensacola could be the “Charleston of the Gulf Coast.”

Murphy was the third speaker of CivicCon, a partnership between the News Journal and the Studer Community Institute to empower Pensacola through community conversations, smart planning and civic engagement. He spoked to packed Rex Theatre last night about public-private partnerships.

When he was elected in 1994, Pittsburgh had lost 60 percent of its population since the mid-1970s. Murphy said his mission was to reimagine Pensacola.

Four things were needed to launch his initiative:

1. Money: leveraging his budget and bond capacity to finance public-private development.
2. Land control: the City of Pittsburgh bought 1,500 acres inside its city limits.
3. Sophisticated deal making on the public side.
4. Vision: where did we want to go as city?

He believes the Pensacola has an advantage with its place-natural beauty and historic buildings-but needs to create a diversity of jobs to keep talent here.

Murphy said that change did not come easily in Pittsburgh because some were rooted in the status quo. However, he met nightly with neighbors, realizing that he would not get complete buy-in on his programs but knowing they need to see themselves as part of the city’s future.

On the importance of communication, he said, “You need to show them there is a place for themselves in Pensacola’s future.”

2 thoughts on “Murphy: Show them there is a ‘place for themselves in Pensacola’s future’”