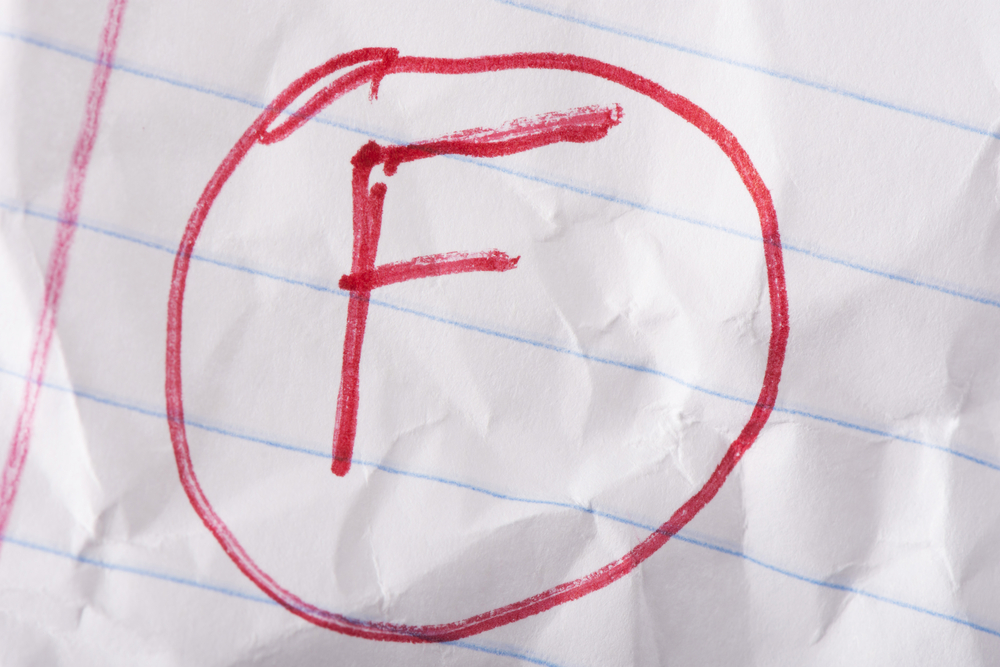 The statement sounds bold and probably reassures some, but that’s only if you aren’t aware how the grading scales has been lowered over the past five years, making it nearly impossible for a school to get a “F.”

Thomas may be right that the district won’t have 14 D’s – which may be cause for celebration, but that means the schools scored 41 percent. In 2014, a school had to score 54 percent. The minimum has been lowered by 13 percentage points.

The state has rigged the system to make it look like schools better.

The district’s FSA scores show little improvement when compared to statewide averages. Thomas blames poverty: “Children in poverty don’t have the resources prior to going to school that students in school have. Not an excuse. That’s why we exist. We understand it, but it’s why we’re not going to look like a school district that has 90% white (students) and poverty rates below 25%. We’re not going to compare well with a district like that.”

Is Escambia’ poverty exceptional when compared to the rest of Florida?

In other words, Escambia County’s poverty is exceptional and is why the district doesn’t compare well with Santa Rosa. A fair statement about Santa Rosa, but is Escambia’ poverty exceptional when compared to the rest of Florida?

In science, fifth graders were two points higher than state average, but the district trailed the statewide averages for eighth grade and biology.