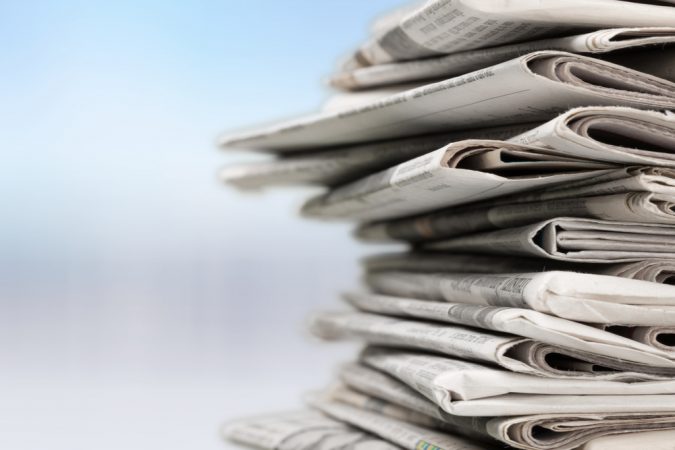 Gov. Ron DeSantis quietly signed into law five bills Tuesday, including a measure that revamps the law about publishing local-government legal notices – a big revenue stream for our once-daily newspaper – whose motto is “Out Of Touch With You.”

The notice law (HB 7049), in part, allows local governments to publish legal notices on publicly available county websites if it would be cheaper than publishing them in newspapers. The law will go into effect Jan. 1.

The newspaper industry unsuccessfully tried to block the bill after the Senate, in the final days of this year’s session, took it up following passage by the House. Among the concerns was about rural areas, where many people do not have broadband connections and might have difficulty getting access to legal notices on county websites.

Under the bill, in counties with fewer than 160,000 residents, government agencies that want to publish notices online will have to hold public hearings to determine if residents have sufficient access to broadband service “such that publishing advertisements and public notices on a publicly accessible website will not unreasonably restrict public access.”

The Escambia Board of County Commissioners has already voted to publish its public notices elsewhere. The city of Pensacola, Santa Rosa County and other municipalities can follow suit and use their websites, saving the taxpayers money.