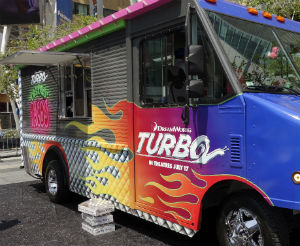 In August 2013, Inweekly published an article on how food trucks have become part of the local flavor of cities around the country (Eat Street). At a “Morning with the Mayor” session that fall, Mayor Ashton Hayward said he was in favor of food trucks. Last spring, the city put together a food truck pilot program that was approved by the city council, but no one participated in it. Now the issue is up for consideration again.

This message is from Ron Butlin, DIB Executive Director:

My understanding is that the Planning Committee could take one of several courses of action: