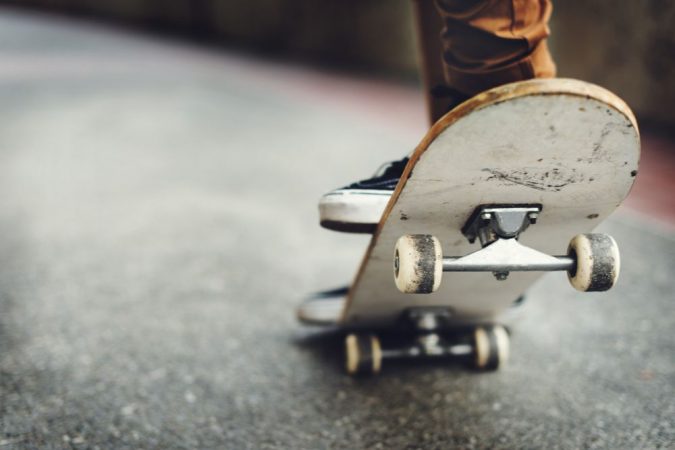 It’s clear that Pensacola City Councilman Casey Jones is pretty stoked about the notion of a municipal skatepark. It’s an amenity he wishes was around when he was younger. Instead, he recalls being kicked out of downtown parking garages and encounters with law enforcement.

“We skated around town because that was all there was to do,” Jones explained.

During Monday’s Community Redevelopment Area meeting, Councilman Jones sat his kids’ skateboard on the table as a visual aid as the council discussed giving its final nod of approval to the planned Blake Doyle Community Skate Park. He looked out over the gallery full of skaters and assured them he knew how important the park was just before council’s vote.

“I understand where you’re all coming from,” Jones said.

While council members — sitting as the CRA — signed off on the skatepark Monday, they will give their final approval Thursday during this week’s regular council meeting. After years of planning, it looks like the city will be building a skatepark beneath the Interstate 110 overpass as part of the Hollice T. Williams Greenway project. The park will be located near the city police station and a community garden and will feature various components, including bowls, stadium seating and an area for beginners.

The city council has long supported developing a skatepark, ever since local skater Jon Shell presented the idea to the city several years ago. This week’s action — after which development will begin — amounts to approval of spending additional funds on the park, as construction and labor costs have increased since the city first started working on this project.

Initially expected to come in around $1.8 million, the project will now be costing the city a little over $2 million. The additional funds will be drawn from interest derived from a CRA bond, which Mayor Robinson described as “perhaps the least contentious” source from which to take the funds.

Despite the rise in cost, Robinson urged the council to stick with the skatepark, pointing out that it was considered the city’s contribution to the larger greenway project, which is being handled by Escambia County and funded with environmental restoration funds.

Shell, who initially helped raise private donations for the development of the skatepark, also asked council members to understand the current market environment, relaying a conversation with the park’s designers.

“I did speak with the guys at the Tony Hawk Foundation today, and they said that nine out of the 10 projects they’re working on right now, the bids came in high, so this problem is not unique to us,” Shell said. “It sucks, and I’m sorry we’re in this situation and asking you all for more funds because you’ve all been so generous.”

Acting as the CRA board, council members voted to move forward with the skatepark on Monday. It’s expected they’ll do the same Thursday during the city council meeting.