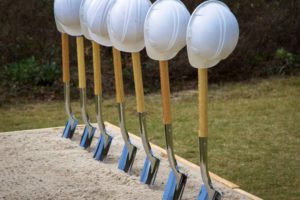 Pensacola Mayor Ashton Hayward announced his goals for 2016 in a viewpoint published in the Sunday edition of the News Journal.

He said he will continue to focus on economic growth in 2016.

“There are times when economic development is secondary to other policy considerations — not irrelevant, but secondary,” he said. “For the next three years that will not often be the case.”

His goal is to create “conditions that allow businesses to flourish and that encourage people to live, work and play in Pensacola.”

More specifically, he wants to:

* support the programs that have kept our crime rates at historic lows,
* invest in enhancements to our parks and roadways, and
* optimize how we deliver our core city services.

“Our vision is to see that city-owned land is made available for private development in a manner that will be a model for the future,” said the mayor.

The city saw two potential projects for the Maritime Park fall apart in 2015. MCM-BAP backed out of a hotel/condo proposal, and the Studers walked away from a $20-million investment in the UWF Center for Entrepreneurship and a conference center after the mayor rejected the CMPA-approved lease agreement. However, the city council did approve a template for future leases at the park.

The Pensacola City Council rejected all the bids for the Hawkshaw property on South Ninth Avenue.

The city last year had no offers on the commercial parcels at the Pensacola International Airport.

And no development plans have been announced for the old Blount school property that the mayor purchased in 2011.

Mayor Hayward last year gave CBRE, the real estate firm he hired two years ago to market city property, a one-year extension of its contract. That extension expires next month if it runs along the same timeline as the original agreement signed in February 2014.

The mayor said the city will start planning for the replacement of Fire Station #3 and the Bayview Community Center. He said he hoped to complete the planning, design and permitting this year so that construction can begin in early 2017. Mayor Hayward announced last week that he would seek from the city council approval of funding for both projects.

Mayor Hayward added that the facilities to support the Pensacola Bay ferry system and an innovative stormwater pond at Corinne Jones Park will be completed by the end of the year.

The city council approved accepting the grant for the Corrine Jones stormwater pond in 2014. The bids came back last spring higher than expected, and the project had to be rebid. The council approved using part of its BP settlement to fund the construction.

He said that more parking solutions for downtown Pensacola are needed but didn’t say what those solutions should.

Mayor Hayward said, “We will decide whether or not a new parking garage is needed downtown and, if so, where it should be located and how it can be financed.”

A parking garage is a key component of any high-density residential developments in downtown Pensacola. Read Downtown Housing: Reality or Pipedream?