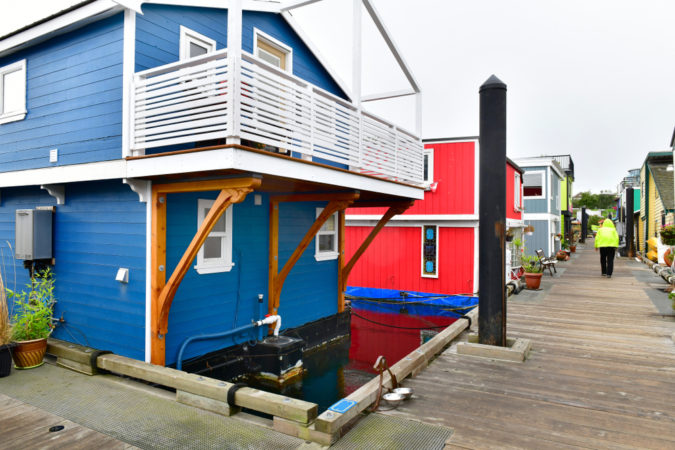 PENSACOLA–After nearly an hour of discussion during its agenda conference Monday, the Pensacola City Council appears ready to move on the leasing of the piece of downtown waterfront property known as Pitt Slip. The deal has emerged over the last many months following a failed lawsuit the city brought against the property’s current tenant in pursuit of more favorable lease terms.

The new lease will extend the arrangement with the property’s current lessee, Seville Harbour, Inc., until August of 2118. That 99-year timeframe includes the 27 years remaining on the current lease.

Under the lease — and in in lieu of paying the tenant’s legal fees related to the lawsuit — the city will be chipping in $350,000 on a $2 million breakwater that will be constructed to protect the property’s marina, which will be largely private.

“Is it perfect? No,” Mayor Grover Robinson told city council members Monday, before adding that it was at least an improvement on what the city viewed as a flawed lease. “We are much more sound on this lease than we were on the lease that council operated under for decades.”

Under the lease, Seville Harbour, Inc. will continue to pay the city $46,161.60 annually for the property until 2045. At that point, the rent increases to an annual rate of $96,016.20 through the end of the lease in 2118. There are also automatic periodic adjustments build in based on the Consumer Price Index.

The Pensacola City Council took a look at this new lease earlier this month, but requested additional information prior to making a decision. Much of the council’s discussion Monday centered on the lessee’s intentions to locate houseboats at the marina.

“The plan that’s before you is a multi-use marina,” said the lessee’s attorney, Ed Flemming, showing council a rendering that featured kayaks and paddleboards. “The marina can include, as it does now, houseboats.”

City Councilwoman Sherri Myers suggested that the city be very specific in the lease that seafaring houseboats are permissible, while floating ‘structures’ are prohibited.

“What I’m trying to avoid is any ambiguity, in case someone goes to court and asks for a declaratory judgement,” Myers said, “— asking the court, determine the definition of this object.”

Flemming said that such was already made clear in the lease — “it’s just stating what’s already true” — and that the houseboats would be legit marine vessels.

“The prototype will be a licensed vessel when it’s finished. It will have its own propulsion system, its own motor, its own steerage, its own nav lights, its own U.S. Coast Guard approval and registration. It will be a vessel,” Flemming said, stressing that the houseboats would be signed off on. “Either the U.S. Coast Guard is going to certify the houseboat as being a vessel or it’s not.”

While Councilwoman Ann Hill appeared hesitant to offer a 99-year lease, urging the council to send the lease, along with the outlined plans to the planning board, the rest of council looked ready to take up the lease during its regular meeting on Thursday.

Also on Thursday, city council will look at a potential zone-of-operation map for rent-a-scooter businesses, as well as considering a slate of priorities to take to state representatives in the region and initiating an inventory of historic properties in the city to be inform decision when it comes to evaluating demolition requests.