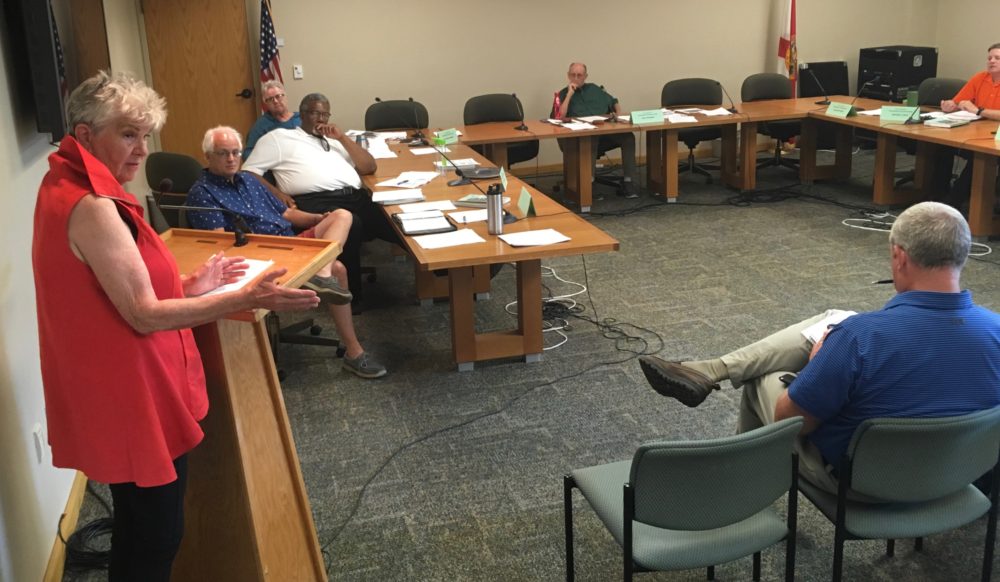 The city of Pensacola’s Environmental Advisory Board will be looking into exactly what chemicals are used to care for municipal athletic fields and parks. A request to explore the subject came from Pensacola City Councilwoman Sherri Myers.

“This issue is much broader than the law that regulates the application of these chemicals,” Myers told board members, explaining that harmful chemical could be used within regulation and still be harmful. “That does not mean they do not have environmental consequences and health consequences.”

The councilwoman requested that the EAB rundown the chemicals currently being used by the city on its fields and parks — something that will involve talking to both city departments and individual contractors — as well as details on their ingredients, including inert ingredients, which she said were sometimes more dangerous but unlisted.

“There is a movement in this country among soccer moms to address this,” Myers said, suggesting the board research how other communities were addressing the use of chemicals on fields on which youth play sports.

“They don’t give us the lush green everyone wants to see,” Horning said, “but between lush green and cancer, we can pick a weed or two.”

Digging into the Tree Ordinance

Also during its Aug. 1 meeting, the EAB began is discussion regarding a revision of the city’s tree ordinance, which outlines which trees are protected and the penalties for removing them, among other things. A proposed revision was presented to city council in July and now will be reviewed and amended by the EAB.

The EAB’s preliminary discussion just skimmed the surface of the proposed ordinance. Board members didn’t talk in concrete specifics, but did express a desire to focus on areas of the ordinance that stressed the importance of a healthy tree canopy and that offered developers incentives to leave trees in place.

The board also discussed the need to address an exemption in the ordinance which allows developments related to healthcare to remove trees with considerably less consequence. In making a case for changing the exemption, members pointed to how “Sacred Heart is clear cutting the whole city.”

“Baptist will do the same thing when they build their new hospital,” predicted EAB Chairman Neil Richards.

Richards also talked about how the board needed to consider municipal outreach efforts, contending that the city needs to inform people why its important to maintain a healthy tree canopy in the city.

“We have an obligation, the EAB and the city, to educate,” he said.

In addition to the city of Pensacola, Escambia County is also embarking on a revision of its tree ordinance. Horning said that perhaps the city and county should be working together, coming up with one tree ordinance that covered both.

“Why can’t we bring these two together?” she asked.

Myers showed no interest in this, pointing out how the city and county ordinances varied wildly. For example, whereas the city’s proposed revision brings the diameter of protected ‘heritage’ trees down from 34 inches to 14 inches, the county’s current ordinance lists that diameter as 60 inches.

“Well, you know,” Myers said, “our tree ordinance is much more advanced than anything they have at the county.”