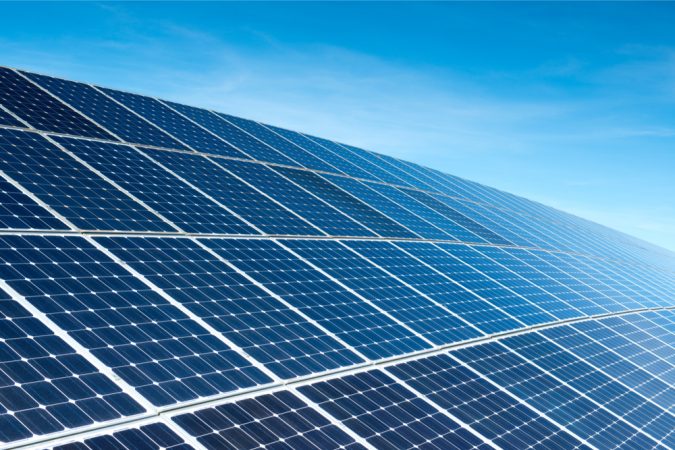 What can the city of Pensacola do to plan for and respond to climate change? That question has been pondered extensively, already and in 2018 was the subject of a report produced by the city’s Climate Mitigation and Adaptation Task Force.

Members of that task force reconvened Tuesday, Dec. 8, to discuss municipal efforts concerning climate change in the two years since they delivered their report. Participating in the virtual forum was city Sustainability Coordinator Mark Jackson, a position created since the report’s completion.

Pensacola City Councilwoman Sherri Myers, who initially pushed for the formation of the task force, recalled the atmosphere during which she waded into this issue—“I was very nervous even using the word ‘climate’”—and told forum participants that she hoped to see the city further act on recommendations contained in the task force’s final report.

“My greatest fear is that we would have a report, and it would just sit on a shelf somewhere and never acted on,” Myers said.

Christian Wagley, the coastal organizer for Healthy Gulf, moderated the virtual forum and gave an early nod to one of the recommendations from the task force report that the city has acted on: Jackson’s hiring.

“He asks all the right questions,” Wagley said of the sustainability coordinator. “He’s digging in.”

Other task force members also said they were encouraged by the dedicated city position and the city’s decision to join the International Council for Local Environmental Initiatives-Local Governments for Sustainability, another recommendation from the task force.

“Those are all very positive,” said Dr. Haris Alibasic, an assistant professor in the University of West Florida’s Public Administration program.

But they also said the city should be doing more, and doing so more aggressively. The members reiterated points made during a task force reunion in 2019 and stressed the importance of the city getting a baseline measurement of its carbon footprint by conducting a greenhouse emissions assessment of municipal operations and committing to a target date for shifting the city to 100 percent sustainable energy.

On at least one of those fronts, the city has taken an initial step. Jackson said the city had conducted an initial greenhouse emissions assessment but had not release the report because of data gaps discovered.”

“We plan to fill those gaps in the next year (2020) report,” explained Jackson an email later sent to Inweekly, “and address the differences seen year over year as we get better at collecting and refining our data.”

There has been no movement on the recommendation to strive for 100 percent renewable energy. Mayor Grover Robinson has said the city is keen to explore renewable energy sources such as solar but has shown no inclination to commit to any target date.

Wagley suggested that the longer the city waited to incorporate such efforts into municipal development projects, such as the new commercial hangars at the Pensacola International Airport, the more opportunities were slipping by.

Myers also has ideas for a solar project the city could get involved in: “I’d like to see solar farms over at Cordova Mall where cars can park under them.”

Going forward, task force members suggested the city set targets for meeting the various recommendations contained in the report to better create, as Alibasic put it, “a sense of accountability and transparency.”

“I think that we should have a progress report twice a year,” suggested Councilwoman Myers. “We need to educate our people about what we’re doing and why we’re doing it and how they can be involved.”

Update: Sustainability Coordinator Mark Jackson sent us an email explaining his remarks about the greenhouse emissions assessment that we included in this post.

1 thought on “Pensacola warms up to climate report (but, slowly) – Update”